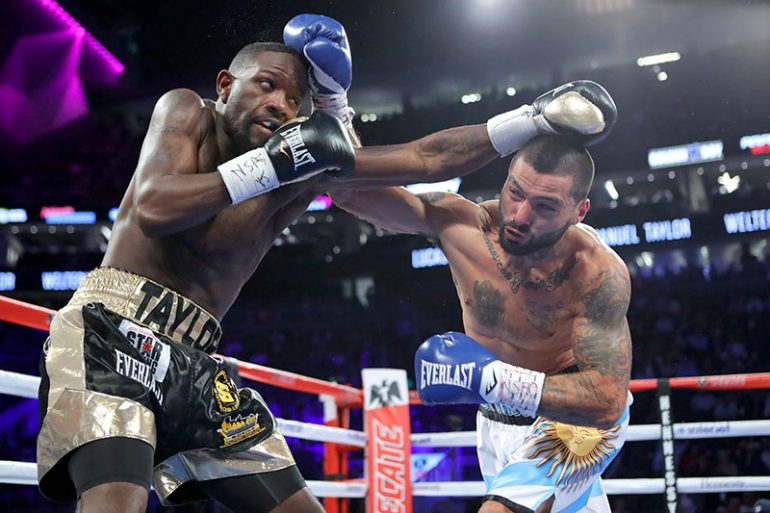 Matthysse, fighting for the first time as a welterweight after a 17-month layoff, put Emanuel Taylor down twice and stopped him at 2:21 of the fifth round on the Canelo Alvarez-Julio Cesar Chavez Jr. card Saturday at T-Mobile Arena.

Matthysse (38-4, 35 knockouts) was brutally beaten and stopped in 10 rounds by Viktor Postol in October 2015, after which he spent a year and half away from boxing. He didn’t look rusty in his comeback fight and he demonstrated that he still has his prime weapon, his punching power.

The Argentine stunned Taylor with a right hand in the final few seconds of the opening round, which set the tone for the rest of the fight.

Matthysse put Taylor down with a straight right in Round 3, although the American fighter didn’t seem to be hurt by the punch. Then, in the fifth, Matthysse landed a series of punishing shots that put Taylor down again and he wasn’t able to continue.

Matthysse is hoping to get into the championship mix at 147 pounds.

“This victory motivates me, this is exactly what I needed to come back where I left off,” said Matthysse. “I felt great inside the ring and I felt like I dominated the fight at the pace I wanted. I feel great and I’m ready for what’s next.”