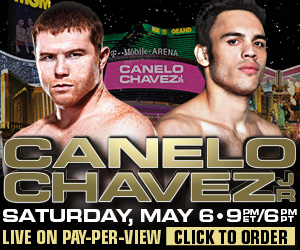 LAS VEGAS – Julio Cesar Chavez Jr. did it. He made weight for his fight against Canelo Alvarez on Saturday at T-Mobile Arena.

Chavez weighed in at 164 pounds, a half pound less than the agreed-upon catchweight. Junior hasn’t weighed in this light since he was 158 for his loss to Sergio Martinez in 2012.

Canelo also weighed 164, nine pounds more than he has ever weighed for a fight.