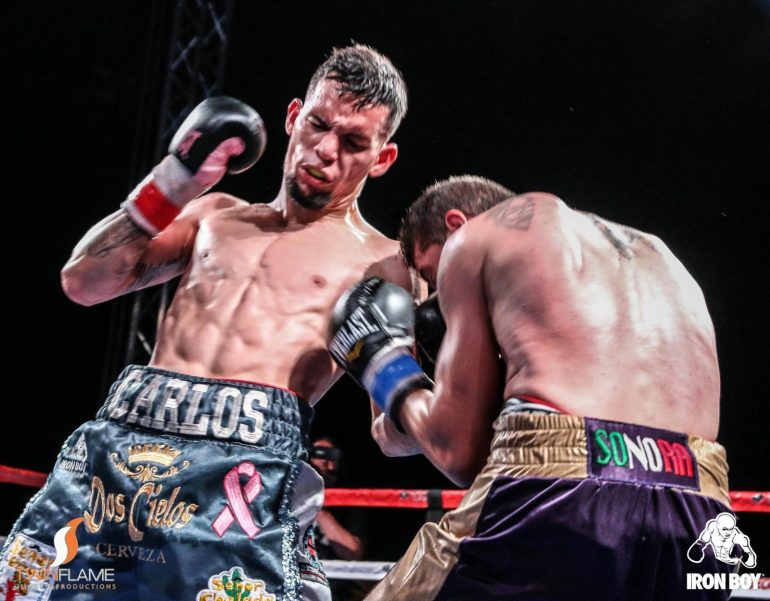 The 23-year-old Castro, who has never fought outside Arizona, last fought on Oct. 29, winning by decision over veteran German Meraz. Palacios, who is from Nicaragua, entered Saturday’s fight winless in six bouts.

Using a height and reach advantage, Castro rained punches down onto Palacios, who attempted to get on the inside of Castro’s guard. An inadvertent clash of heads midway through round two opened a cut at the center of Palacios’ hairline.

Undaunted, Palacios continued to press forward, making him an easy target for Castro to hit. Castro’s accurate punches connected, including a series of right hands that landed clean during the second half of the fight.

All three judges scored the bout 80-72 in favor of Castro.

There was very little action between the two fighters in the first half of the fight. The southpaw Akavov did enough to win these rounds.

Akavov began letting his hands go more in round five, but Ovando did little to engage with the fighter from Russia, choosing to be in survival mode.

Both fights aired on beIN Sports en Espanol in the U.S.