Charlo drills Hatley in the sixth, nearly knocks him unconscious 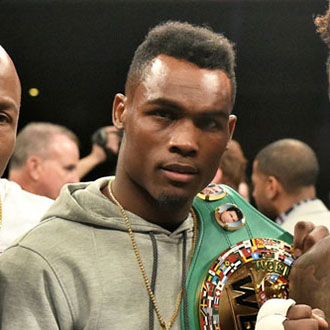 There was bad blood between WBC junior middleweight champion Jermell Charlo and mandatory challenger Charles Hatley. The Texans jawed at the final press conference on Thursday, causing officials to intervene to try and calm things down. The trash talk didn’t exactly ensure the promise of fireworks but in this case it did portend things to come.

Things heated up again on Saturday, with Charlo unleashing his frustration to scary effect. After dropping Hatley in the third and hurting him repeatedly, Charlo landed a perfect right to Hatley’s chin in the sixth, nearly knocking him unconscious. Referee Harvey Dock didn’t even bother to count, waving off the bout at 32 seconds of the sixth round on Saturday at Barclays Center in Brooklyn as Charlo retained his title and state bragging rights.

“I used that jab to set up the right hand,” Charlo said of the one-two combination that ended the bout.  “I knew Charles Hatley goes down and he gets back up — he’s a warrior — and I knew I had to get in there and be a lion. I’m the champ, so I have to continue to fight my mandatory. They got a guy named Jarret Hurd that took my brother’s title — we could unify,” he said of Hurd, who won a title vacated by Jermall Charlo, who moved up to 160 pounds and worked his brother’s corner on Saturday.

The end was violent and quick. The two exchanged hard punches in the sixth and Charlo caught Hatley with a clean overhand right on the chin. Hatley was totally defenseless in the moment as he had just thrown his own left and was left sprawled on the canvas. Doctors leapt into the ring as Hatley lay motionless for several scary moments. The paramedics were moving toward the ring with a stretcher when Hatley sat up and was soon walking back to his corner.

Hatley caused a stir when following Friday’s weigh-in he posted a picture on social media showing him receiving an IV treatment. The post attracted the attention of the administrative forces surrounding the fight as that type of conduct is not typical. A spokesman for the New York State Athletic Commission, Laz Benitez told RingTV.com the commission “opened an inquiry as a result of a social media post by Charles Hatley. After an investigation and physical examination, the Commission has determined that the fight may proceed.” It’s not known if the WBC also examined the situation but Hatley was allowed to fight for Charlo’s WBC title on Saturday even if he was never really in the fight.

Charlo landed a straight right to end the second round that drove Hatley against the ropes. Hatley stumbled and likely would have fallen if not for the ropes keeping him up. Charlo then dropped him with a snappy left-right combination in the third. The right landed above Hatley’s left ear. Hatley rose but he was hurt. He survived the round by moving around and avoiding any more trouble. Charlo seemed to hurt Hatley again with a left to end the fourth round and he continued to land clean shots in the fifth. Hatley, to his credit, absorbed the shots and kept on moving forward until the fateful sixth.

“The Charlos don’t play,” said Charlo, who sparred often with Errol Spence Jr. for the bout. “This is what my life has always been like. The Charlos have strength and power and that’s what makes us who we are. My whole family and team are here and we’re doing our thing.”