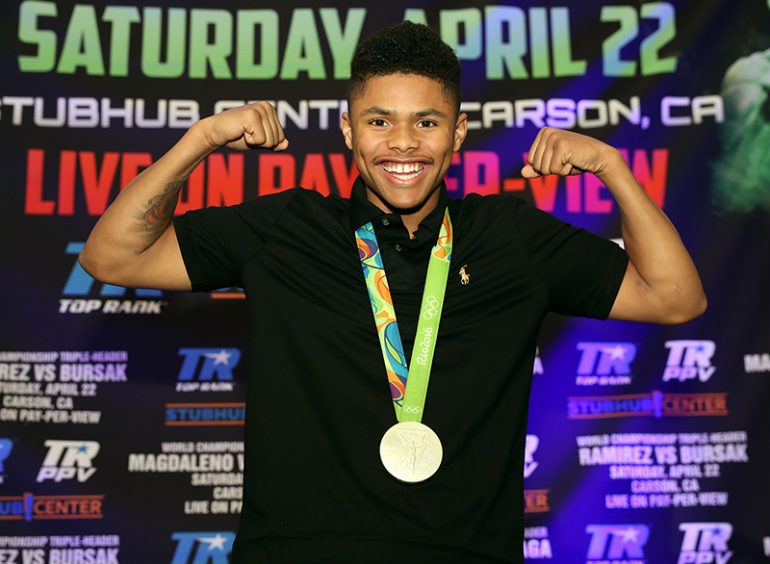 Olympic medalist Shakur Stevenson handled game-but-outclassed Edgar Brito in his anticipated pro debut on Saturday at StubHub Center in Carson, California, outpointing the tough journeyman via technical decision after the bout was halted due to head-butt-caused cuts (to Brito) following Round 5 of their scheduled six-round featherweight bout.

Stevenson, a 19-year-old southpaw from Newark, New Jersey, won by unanimous scores of 60-54. The silver medalist from the 2016 Olympic Games controlled the distance in the early rounds, nailing the 23-year-old Phoenix, Arizona resident with sharp jabs and flush straight lefts to the body and head. Brito (3-3-1, 2 KOs) took the punishment and charged forward, trying to impose trench warfare on the blue-chip amateur star, but Stevenson worked his body on the inside and clinched when he needed to regain control of the bout’s tempo.

Brito often charged in with his head and was docked a point by referee Edward Hernandez Sr. in Round 3 for causing head clashes, but it was his face that was cut from the continual butts.

A full report on the Top Rank card will be posted later this evening.