Khurtsidze stops Tommy Langford in five, Saunders is next 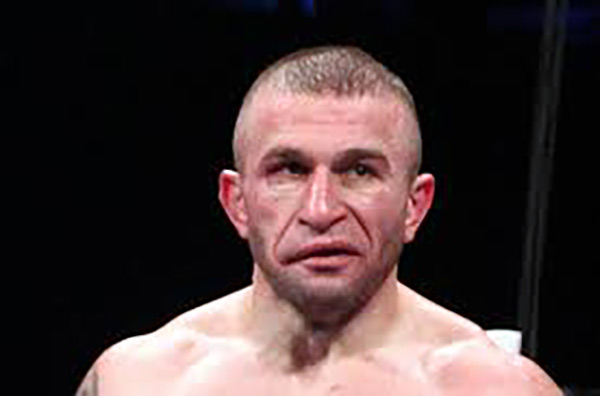 At 5-foot-4, Avtandil Khurtsidze is the proverbial ball of granite at middleweight and he can certainly hit. That was evidenced by a one-punch, fifth-round stoppage of Tommy Langford at the Leicester Arena in England on Saturday. The official time was 0:27 in a fight that was scheduled for 12.

Khurtsidze, who is rated No. 8 by THE RING at 160 pounds, floored the home fighter with a ferocious counter left hook over a lazy right hand in Round 5. The Englishman rose gamely but was in no position to continue and the referee wisely halted the action.

One might label Khurtsidze (33-2-2, 22 KOs) as a bit of a livewire. Just seconds into the fight, he was mocking Langford’s hitting power, sticking out his tongue and raising his hands in premature victory. He also roughed the home fighter up on the inside and closed the gap with ominous regularity.

Langford did manage to box and control distance as per the game plan but he couldn’t fend off the suffocating pressure for any serious length of time. Khurtsidze attacked like a dog and made life as uncomfortable as possible throughout. A head clash, which opened a cut around Langford’s left eye, did little to help matters.

The finishing blow was devastating and decisive.

Billy Joe Saunders, the reigning WBO middleweight titleholder, was seated at ringside and seemed to be the only one who was unimpressed. “(Khurtsidze) is just a pumped-up Danny DeVito,” said the undefeated Englishman when interviewed by BoxNation in the U.K.

“All he does is come forward throwing punches. He will never beat me and I’ll make him look stupid.”