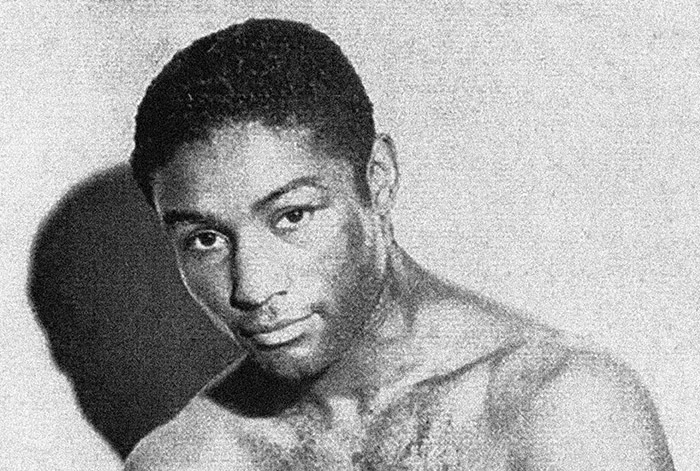 Eddie Booker was among the best of an unfortunate group of gifted fighters.

Black boxers typically were denied the same opportunities as those of other races from the start of the modern era. And never was it more tragic than in the 1930s, ’40s and ’50s, when as many as 10 championship-caliber black middleweights – called “Murderers’ Row” by writer Budd Schulberg – never fought for a world title.

Charlie Burley was the best of the lot but Booker was of the same ilk, a tough, polished boxer-puncher who almost certainly would’ve won multiple world titles had he been born a generation later.

Booker learned his craft in the San Francisco Bay area in the late ’20s and early ’30s, turned pro in 1935 (at 17) and wreaked havoc up and down the West Coast until his retirement in 1944.

“Black Dynamite,” by all accounts, was a complete fighter, one who could bang or box depending on the situation. And he did both well. He had exceptional defensive skills and a rock-solid chin to go with it. He was never stopped.

The results speak loudly: He finished his career with a record of 66-5-8 (34 knockouts). That included a record of 3-2-3 against fellow Hall of Famers Cocoa Kid, Lloyd Marshall, Archie Moore and Holman Williams.

Booker went 1-0-2 against Moore, one of the greatest fighters in history, and was the first to knock him out. In that 1944 bout, “The Mongoose” went down four times and the fight was stopped by the referee in the eighth round, with Moore unable to continue.

“I’ve had some rough fights in my time,” Moore said, “but all things being equal, when I was in my prime, one of my toughest had to have been against Eddie Booker, a fighting machine … who shot out punches with deft precision … [Booker] was one of the great fighters of my time. He had me fighting for dear life.”

Booker’s career was cut short by a chronic eye injury, making him one of the few fighters to defeat a Hall of Famer (Williams) in his final bout. He was only 26 at the time, which makes us wonder how much more he could’ve accomplished.

Booker was never allowed to fight for a world title, a fate that had to eat at him and the others. He had to walk away at the height of his abilities, which had to be crushing.

That doesn’t detract from his overall body of work, though: Eddie Booker did more than enough against the talented men he faced and in the limited time he had to earn recognition as a great fighter and now as a member of the International Boxing Hall of Fame.