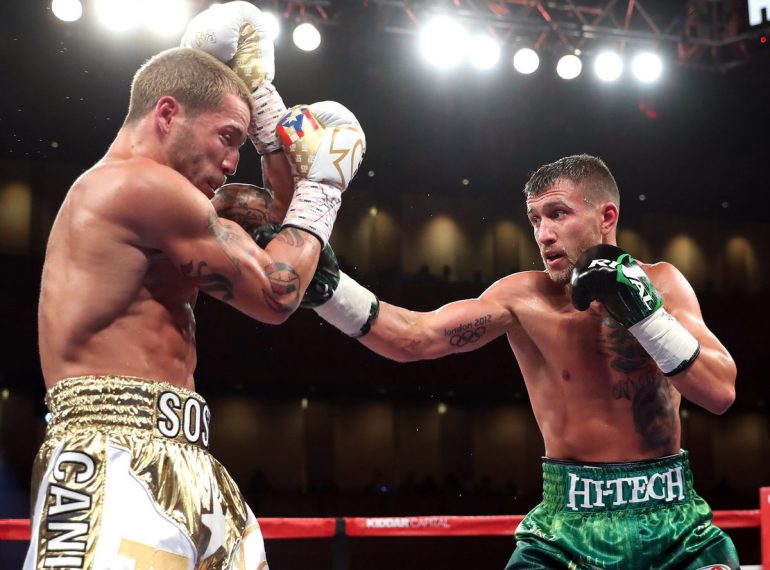 Vasyl Lomachenko’s nine-round beatdown of Jason Sosa on Saturday was the highest rated fight on premium cable this year, showing that Lomachenko’s athletic brand of boxing is catching on.

Lomachenko’s debut in 2017 generated, according to Nielsen Media Research, a peak audience of 886,000 eyeballs on HBO and an average viewership of 832,000, despite the lopsided nature of the bout. Lomachenko-Sosa was the main event of an HBO tripleheader from the new MGM National Harbor in Oxon Hill, Maryland. The main event edged Adrien Broner’s split decision victory against Adrian Granados in February on Showtime, which peaked at 859,000 and averaged 779,000 viewers.

Lomachenko’s junior lightweight defense on Saturday was also a large increase from his last performance against Nicholas Walters on HBO, which peaked at 761,000 viewers in November, a 9% uptick. The numbers show that Lomachenko, who is Ukrainian and ranked No. 6 on the RING’s pound-for pound list, is easily connecting with a U.S. audience. Light heavyweight Oleksandr Gvozdyk’s impressive third-round stoppage of Yunieski Gonzalez drew an average viewership of 690,000 and peaked at 702,000 in the co-feature. The HBO opener: Cruiseweight titleholder Aleksandr Usyk’s unanimous decision win against Michael Hunter peaked at 774,000 and averaged 679,000 eyeballs.