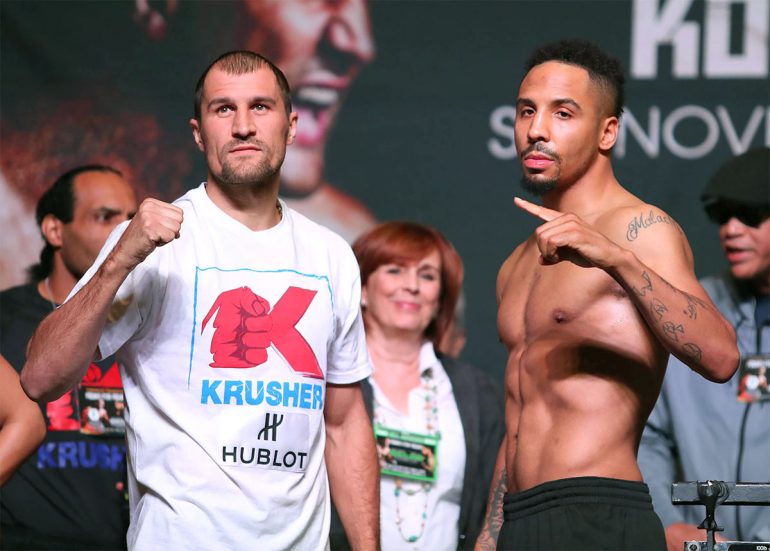 On Monday, Kovalev made no such attempt to cozy up to Ward before their rematch on June 17 in Las Vegas during another introductory press conference in Manhattan. Upon seeing Ward in the lobby of the hotel where the presser took place, Kovalev felt compelled not to offer a pleasantry but to slug him.

“I just saw him yesterday in the lobby for the first time and then I saw him today,” Kovalev said through a translator before the press conference for a bout that will take place at the Mandalay Bay on HBO PPV for the RING light heavyweight title and Ward’s three belts. “And the way how he looks at me, I just really want to punch him in the head. I don’t have nothing to talk to him about.” The room erupted in laughter. No, he didn’t say anything to Ward in those moments, Kovalev said.