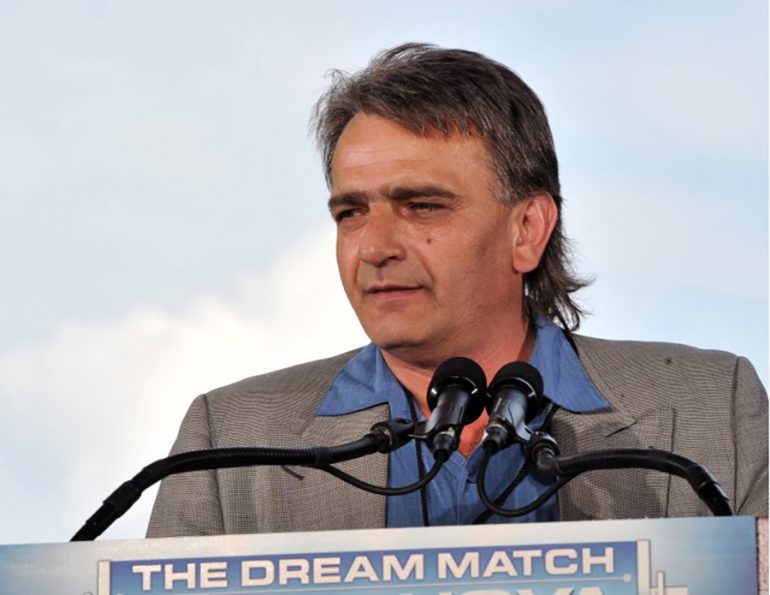 Jeff Horn has to be feeling like he’s been given a lottery ticket scratch off, has scratched and learned he won a mega bucks prize…and is salivating because there is still one box to scratch, the multiplier winner. The one where your prize, already beefy, goes to another level, quadrupling, and making it possible for you to be much more than another Manny Pacquiao victim.

The former fourth grade teacher convened  Sunday (Saturday in the U.S.) with local bigs, including the mayor of Brisbane and various ministers and movers and shakers and promised that he’d give Manny the business when they collide July 2 at Suncorp Stadium. More than 50, 000 people are expected to be there, the 29 year old with a 16-0-1 record said; and while he looks on paper to be too green, too pillow-fisted to be much more than a speed bump on Pacman’s road to Canastota, he talked a good game Sunday. 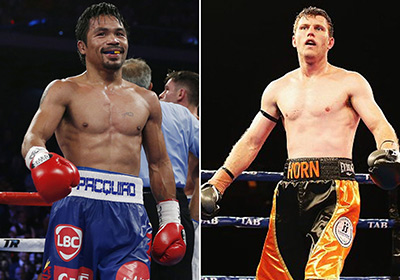 According to a report in Sunshine Coast Daily, Horn said, “I hope Pacquiao underestimates me because when he gets in that ring and there are 55,000 people cheering he is in for a big shock. I’ve underestimated opponents early in my amateur career and I ended up losing because of it….He’s had a lot more experience than me and fought all the greats but I’m hungry and I’m training to cause a big upset….Manny is one of the greatest fighters of all time but I believe I’m getting him at the right time in his career. He’s 38 now and I’m 29 and I’m ready to take his world title.”

Willing, sure. Able? Watching tape of Horn doesn’t tell me he’s a true-blue threat to screw up Manny’s near term plans in this, his home stretch run to his Hall call. An aggressive streak is maybe Horn’s top asset. He’d have more than 11 KOs, based on displays of his flurrying in intending to end things early against foes like Ali Funeka and Randall Bailey, if he had more pop in his launches. Manny will likely not find it hard to find openings on Horn when the Aussie gets bold, because “The Hornet” squares up when throwing combos, and gives too much target to an accurate counter puncher.

One hope for Horn–that Pacman is looking over his head, to bigger name game. Pacman advisor Michael Koncz says that will mindset won’t infect the Senator.

“This Jeff Horn is something else, it’s as if he is having flashbacks to the days of teaching school and giving a lecture to his 4th grade students or something…but he will come to the realization that on July 2 it’s a different world. It’s a different arena, it’s the world of professional boxing where respect is earned through years of dedication to the sport and he will be the 4th grade student getting schooled and wish he was back in a classroom instead of the ring with a true legend possessing ring generalmanship beyond his comprehension,” Koncz told RingTV.com. “Jeff Horn, rest assured Manny Pacquiao is not taking you or this fight lightly and will be prepared like never before. He has pledged to prove a point to all his fans in Australia and the world. Basic Math 101, Horn, you never fear the ones that make noise and talk up a storm…You must be concerned with the ones that are silent, as they are the dangerous ones. Come July 2, school’s out, Mr. Horn.”