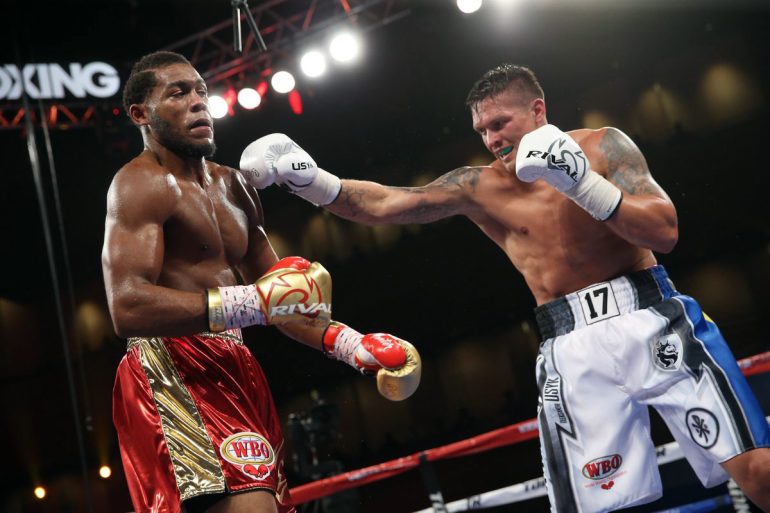 Usyk (12-0, 10 knockouts) started slowly but took control of the fight by the fourth round, when he picked up his aggression and punch output, and pulled away from Hunter (12-1, 8 KOs) on the scorecards.

The Ukrainian, obviously the stronger of the two, was effective with his body punches in the second half of the fight. He seemed to hurt Hunter with body shots a number of times, particularly in a one-sided 10th round.

Usyk scored a knockdown in the final round, the result of a big left hand and a follow-up barrage that sent Hunter reeling into the ropes. However, the Las Vegas-based challenger survived to hear the final bell.