Gary Russell Jr. to face Oscar Escandon on May 20 on Showtime 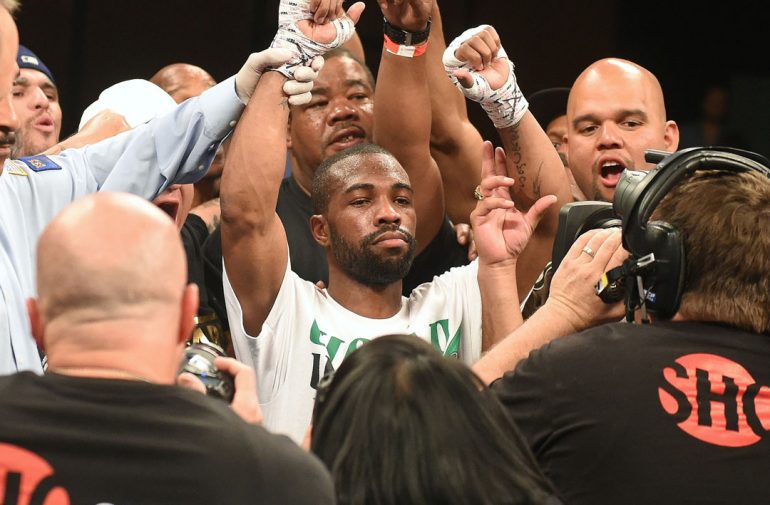 After his bout with mandatory challenger Oscar Escandon was postponed due to injury, Russell and Escandon are now scheduled to face off on May 20 at the MGM National Harbor in Oxon Hill, Maryland on Showtime, a source confirmed to RingTV.com on Wednesday.

The Showtime telecast is expected to be a double-header with Russell defending his WBC featherweight title in the main event and Andre Dirrell and Jose Uzcategui clashing for a vacant interim IBF super middleweight title in the co-feature. Showtime also plans to show Gervonta Davis’ junior lightweight title defense against Liam Walsh from London earlier in the day and it’s possible the fight could be included as a Showtime tripleheader, though things remain fluid and plans are still being finalized.

Two-belt junior welterweight champion Terence Crawford is fighting on HBO, also on May 20 against Felix Diaz from Madison Square Garden and Showtime officials are trying to determine the best timing of their telecast. Maryland’s Russell (27-1, 16 knockouts) was initially set to take on Escandon on March 11 but that date was pulled after Escandon (25-2, 17 KOs) hurt his back in training. Dirrell (25-2, 16 KOs) and Uzcategui (26-1, 22 KOs) are vying for an interim title because IBF champion James DeGale is still recuperating from injuries sustained in his draw with Badou Jack in January and is unable to make a mandatory defense for the moment.