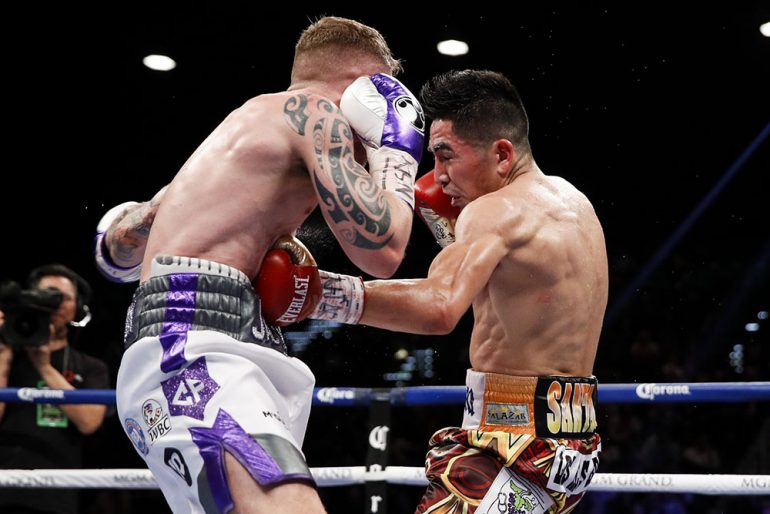 Leo Santa Cruz and Carl Frampton apparently won’t get to complete their trilogy right away but another exciting fight could serve as an able replacement.

The WBA ordered on Monday that Santa Cruz, the featherweight champion and Abner Mares, the WBA’s so-called “regular” titleholder have 30 days to make a deal on a rematch of their 2015 action-packed thriller or a purse bid will be ordered. The two are both three-division champions and Los Angeles rivals who engaged in one of the more exciting fights of 2015 when Santa Cruz captured a majority decision on Aug. 29 at Staples Center in LA.

Santa Cruz (33-1-1, 18 knockouts) went on to lose to Frampton in July of 2016 only to get his revenge on Jan. 28 in Las Vegas with an impressive majority-decision victory to win back his title. The two spoke of fighting a third time immediately but Frampton wanted the next bout in his home country of Northern Ireland and Santa Cruz was hesitant to commit to such a fight. For his part, Mares (30-2-1, 15 KOs) returned against Jesus Andres Cuellar on Dec. 10 following the loss to Santa Cruz and won a well-earned split decision to capture the secondary belt and a chance to face Santa Cruz again, which he has been calling for ever since he lost the first fight.

Santa Cruz is the RING-rated No. 1 featherweight while Mares is fifth. Since they are both advised by the powerful manager Al Haymon, making the fight should be a foregone conclusion and a purse bid should be averted. In ordering the rematch, the WBA said it was doing its part to consolidate its numerous titles, which has been a blemish on the sport with the proliferation of belts diluting the significance of being champion.