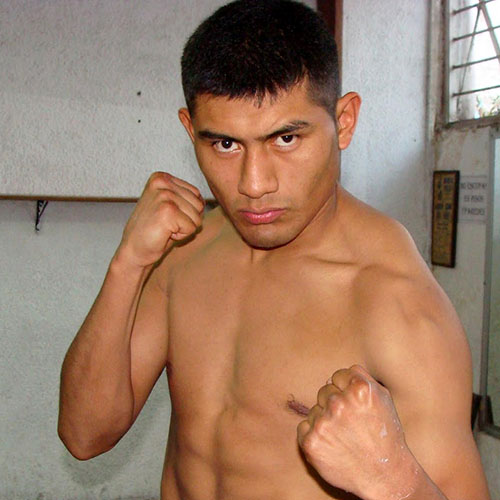 Juarez (19-5, 14 knockouts) is the mandatory challenger to face WBO titleholder Jessie Magdaleno, who will defend his title on April 22 against Adeilson Dos Santos of Brazil.

Juarez fought for the vacant WBO title in December of 2015, putting up a game effort in losing a close decision to Nonito Donaire.

In his most recent bout on Oct. 29, Juarez won a one-sided 10-round decision over Richard Pumicpic.

In his previous bout on July 9, Juarez pulled off an upset victory, knocking out Albert Pagara.

Lagos (11-3-2, 7 KOs) lost to Valery Tretyakov by unanimous decision in his most recent bout on Feb. 23. The loss snapped a three-bout winning streak for the Filipino fighter.

In the co-feature, junior welterweight contender Jose Zepeda will face Miguel Zamudio in a 10-round bout.

Zepeda (25-1, 21 KOs) fought Terry Flanagan for the vacant WBO lightweight title in July of 2015 but remained on his stool after round two, due to dislocating his left shoulder.

In his most recent bout on April 16, Zepeda dropped Pedro Navarrete en route to a 10-round unanimous decision.

Zamudio (39-9-1, 23 KOs) was brutally knocked out by future WBA 130-pound titlist Javier Fortuna in April of 2013. Since then, he has fought against unbeaten prospects and contenders and has won his last four bouts.