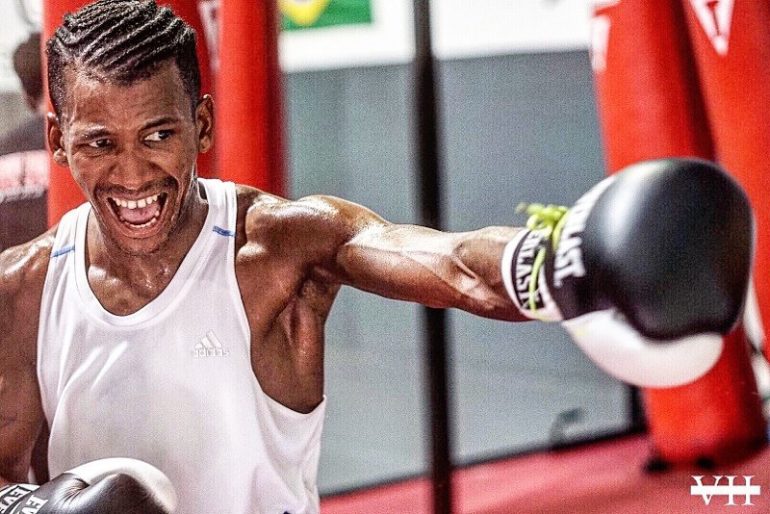 Leduan Barthelemy has a ways to go before he finds the same success as his older brother Rances. But he is heading in the right direction.

Barthelemy broke down Reynaldo Blanco, eventually stopping him in round nine on Tuesday night at the Robinson Rancheria Resort and Casino in Nice, California.

The younger brother of Rances and Yan, the 27-year-old Leduan Barthelemy was fighting his first scheduled 10 round bout. He had fought modest opposition thus far, including Ricardo Nunez on Sept. 13, where he won a split decision.

Barthelemy utilized his more-polished skill set throughout his bout against Blanco, who has now lost two of his last three bouts. Barthlemey initiated exchanges between the two, connected often to the head of Blanco.

Blanco did his best work during the middle rounds, but the rally was short lived as Barthelemy forced Blanco to fight on the defensive. The end of the fight came in round nine, when a barrage of punches dropped Blanco on a knee. Blanco fought on, but his corner threw in the towel, prompting referee Edward Collantes to stop the bout at 1:30.

Both fighters had their moments during the fight. Hernandez was effective in countering with right uppercuts or right hands to the head, while David mixed his attack from the head to the body.

Davis was deducted a point in round seven by referee Dan Stell for throwing and landing below Hernandez’s belt line.

In the opening bout of the ‘PBC on FS1’ telecast, middleweight Malcolm McAllister survived a sixth round knockdown to defeat Alejandro Torres (9-3-2, 4 KOs) to win by unanimous decision. All three judges scored the bout 58-55 in favor of McAllister, who goes to 9-0, 8 KOs.