Crawford vs Diaz to take place in big room at MSG, not Newark 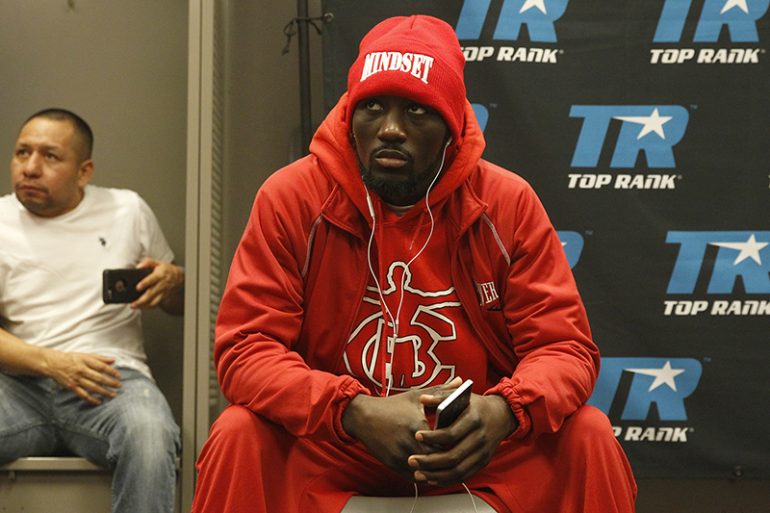 Terence Crawford’s allure as a box office draw will be put to the test on May 20 when he takes on Felix Diaz on HBO.

The bout, initially slated for the Prudential Center in Newark, New Jersey, has been moved to the big room at Madison Square Garden, the first time Crawford, the RING/WBC/WBO champion at 140 pounds, has fought in the cavernous arena, Top Rank announced on Tuesday. Bob Arum was on a plane and couldn’t be reached immediately for comment to explain the switch in venues and Top Rank President Todd duBoef didn’t return a phone message. Lightweight contender Ray Beltran is expected to fight in the HBO co-feature against an opponent still being determined. The undercard is a work in progress, but 2016 U.S. Olympic silver medalist Shakur Stevenson said he’s a possibility for a preliminary bout on May 20.

Crawford, of Omaha, Nebraska, managed to sell out Madison Square Garden’s Theater, the venue’s smaller room, when he stopped Hank Lundy in five rounds in February of 2016, drawing 5,092 fans. Now, he will be tasked with trying to fill out a larger arena against an opponent in the former Olympic gold medalist Diaz (19-1, 9 KOs), who while extremely skilled, isn’t exactly a proven ticket seller. Lou DiBella, his promoter, also couldn’t be reached on Tuesday afternoon.

As a point of reference, Gennady Golovkin and David Lemieux sold out Madison Square Garden’s big room with an announced crowd of 20,548 for their 2015 middleweight unification bout. Crawford is a popular commodity back home, where he has fought four times at CenturyLink Arena, most recently an eighth-round stoppage of John Molina Jr. in December. He attracted 11,270 admiring fans for that bout, an impressive number but short of capacity.