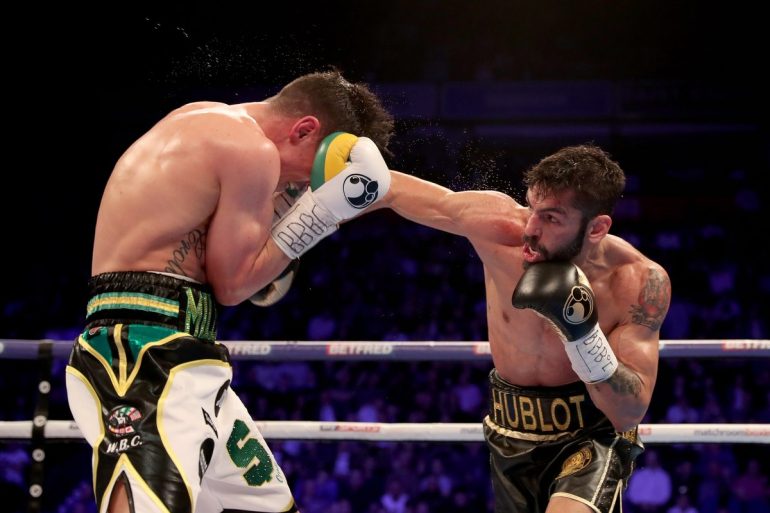 Linares, a beautiful boxer, was too fast, too good, too everything for Crolla, who is well-conditioned, tough and determined but too limited to compete with a thoroughbred like Linares even in front of his hometown fans at Manchester Arena. Thus, Linares easily retained his RING and WBA lightweight titles.

The judges were generous to score the fight 118-109 across the board, meaning they each gave two rounds to Crolla – who went down in the seventh round – in a fight that was more one-sided than the original. The 31-year-old Venezuelan won by scores of 115-114, 115-113 and 117-111, the last tally being the closest to reality, when they fought in the same arena last September.

Crolla isn’t the ultimate test but Linares demonstrated again that is one of the best fighters in the world and as fresh and skillful as ever.

The ultimate test could come soon. The WBC ordered its titleholder, Mikey Garcia, to fight the winner of the Linares-Crolla rematch. And, more important, Garcia said he wants what would be the most compelling fight among current 135-pounders.

Can Linares beat Garcia? I doubt it. Garcia can’t match Linares’ athleticism but he is an equally good boxer and is a much more powerful puncher, which probably would decide their fight. However, Linares is so talented that he can’t be counted out of any fight.

I know I’m not alone when I say I want to see that fight. It doesn’t get much better than that.

Crolla (31-6-3, 13 KOs) has nothing be to be ashamed of. He demonstrated again that he is a solid boxer with admirable courage; he never quit against Linares. In fact, when cornerman Joe Gallagher indicated after the 11th round that he’d seen enough, Crolla pursuaded him to allow the fight to continue. That kind of fighting spirit leads me to believe he has a lot more to give in boxing. He can still beat most fighters around his weight not named Linares. … Middleweight prospect Jason Quigley (13-0, 10 KOs) had a more difficult time with veteran Glen Tapia (23-4, 15 KOs) than most people expected but he emerged with a unanimous-decision victory Friday in Indio, California. More important, that kind of experience makes a fighter better. … Tyron Zeuge (20-0-1, 11 KOs) retained his WBA super middleweight with a five-round technical decision against Isaac Ekpo (31-3, 24 KOs) on Saturday in Germany. Zeuge was cut by an accidental headbutt in the third round and could not continue two rounds later, at which time the German was leading on all three cards. Zeuge was a good amateur but it’s not clear how far he might go as a pro. He has fought no one of note. … Charles Manyuchi gets the Dumbass Award for this weekend. The Zimbabwean welterweight was clowning – fighting with his hands hanging at his waist – when he was knocked out in the first round by Uzbek prospect Qudratillo Abduqaxorov (11-0, 8 KOs) on Saturday in Singapore. Manyuchi (20-3-1, 12 KOs) got what he deserved. … Former two-division titleholder Jhonny Gonzalez (63-10, 53 KOs) fights on at 35. The Mexican stopped Francisco Contreras (30-6, 23 KOs) in three rounds Saturday in Mexico, his fifth consecutive victory after he was outpointed by Jonathan Oquendo in September 2015. Gonzalez is aiming for another title shot.