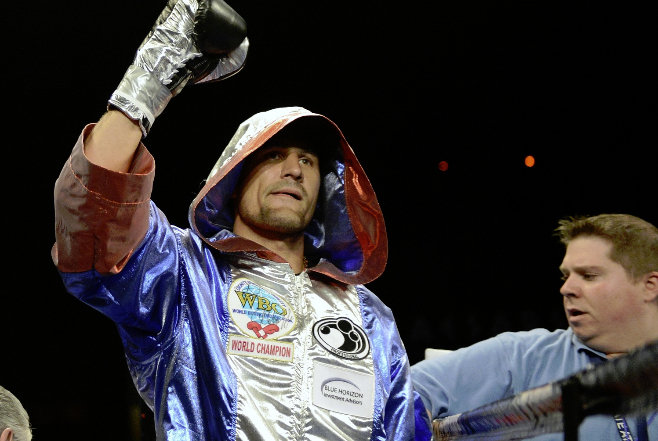 Sergey Kovalev revealed on social media he has signed a new deal memo for a rematch with Andre Ward but not before Kovalev tabbed Ward “Son of Judges” in a Twitter post after Ward won a close decision in their first fight in November.

The rematch is set for June 17 at Mandalay Bay on HBO PPV. Kovalev signed the deal memo on Tuesday and is now waiting for Ward, who calls himself “Son of God” for his Christian faith, to ink his side of the contract. “Couple days ago I have signed a new memo for rematch which was (sent) to me by Roc Nation,” Kovalev wrote on Twitter on Thursday night, referencing Ward promoter Roc Nation. “Still waiting on Son of Judges to sign it.”

Kovalev (30-1-1, 26 knockouts) has hounded Ward for the rematch, believing he won the first fight. While Ward has hinted at retirement and spoken of walking away from a rematch if the deal isn’t suitable to his liking, Dubin indicated to RingTV.com last month that Ward is focused on facing Kovalev again. With Roman (Chocolatito) Gonzalez losing last Saturday to Srisaket Sor Rungvisai, Ward (31-0, 15 KOs) was promoted to No. 1 on RING’s Pound-for-Pound list while Kovalev is locked at No. 2.