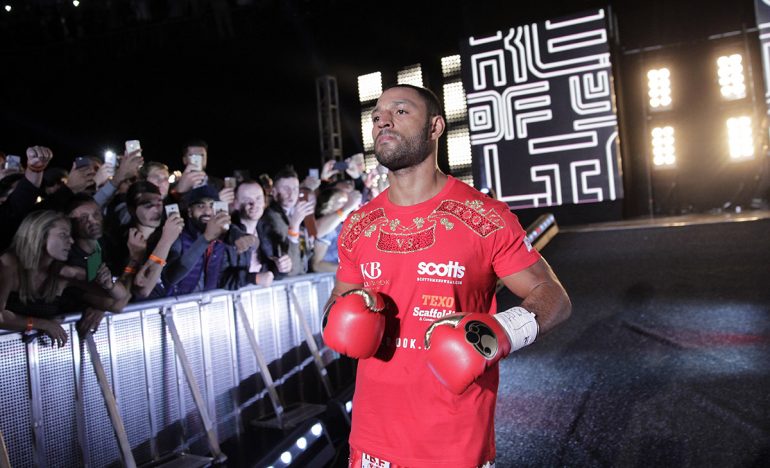 The trend of top fighters in each division facing off will continue with welterweight titleholder Kell Brook taking on mandatory challenger Errol Spence Jr. on May 27 at Bramall Lane, an outdoor soccer stadium, in Brook’s hometown of Sheffield, England on Showtime, the bout was formally announced on Wednesday at a news conference.

The matchup pits the RING’s No. 2 (Brook) and No. 7 welterweight (Spence) against each other and comes on the heels of RING No. 1 Keith Thurman’s welterweight unification split decision victory against No. 8 Danny Garcia earlier this month.

There was much discussion of whether Brook (36-1, 25 knockouts) would even stay at 147 pounds after he took on middleweight champion Gennady Golovkn in September and was stopped in five round. But Brook opted to defend his IBF title for a fourth time against Spence, who has rocketed to stardom in part from his fifth-round dismantling of former 140-pound titleholder Chris Algieri last April. A deal was struck in February for the much-anticipated bout.

“I saw many people talk about how I would avoid Errol Spence,” Brook said in a press release. “They don’t know me, they don’t know what I’m about. All I’ve ever wanted to do is to give the fans the fights they want and they have it right here on May 27. I’m going to show the world that I’m the best welterweight on the planet.”

The two welterweight title fights have the makings of a de facto tournament in the 147-pound division and Showtime and PBC officials have spoken of hopefully matching the winners of Thurman-Garcia and Brook-Spence against each other. (Brook is promoted by Eddie Hearn, while Manny Pacquiao, who is handled by Bob Arum, has the WBO title.)

“I’m happy I’m finally getting an opportunity to accomplish a lifelong dream of becoming a world champion,” Spence (21-0, 18 KOs), a 2012 U.S. Olympian said in the release. “I feel that this is one of the best and biggest fights in world boxing and I am 100% focused and determined to bring the belt back home to the U.S. On May 27, I will be more than ready.”