Danny Jacobs said he was devastated by Curtis Stevens knockout 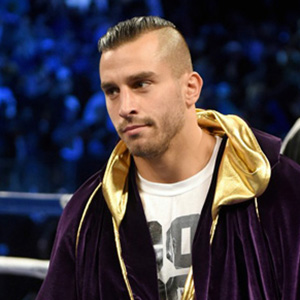 Danny Jacobs said his “heart hurts” after seeing former stablemate Curtis Stevens knocked unconscious by David Lemieux in the third round Saturday at Turning Stone Casino. However, Jacobs batted away any possible connection between Stevens’ loss — a warning perhaps — and his own predicament.

“Just to see anyone you know, especially someone you grew up with, had a relationship with — devastating,” Jacobs said on Monday to a small group of reporters before the final press conference for his bout with Gennady Golovkin on Saturday. “Very rarely do you see that side of boxing. Normally guys lose by knockout but not like that type of a knockout. So it was devastating to see that. His cousin is my girlfriend for 12 years. And his uncle (trainer Andre Rozier) and all of us were at the house watching the fight and just to see everybody’s reaction it was just a bad feeling.”

Jacobs said he didn’t draw any correlation between what happened to Stevens, who, like Jacobs is from Brooklyn, and his own situation of facing middleweight champion Golovkin Saturday at Madison Square Garden on HBO PPV. Golovkin stopped Lemieux in the eighth round of a one-sided bout in 2015. “No,” Jacobs said sternly. “Absolutely not. I’m a different fighter. Styles make fights. I’m confident in my ability.”