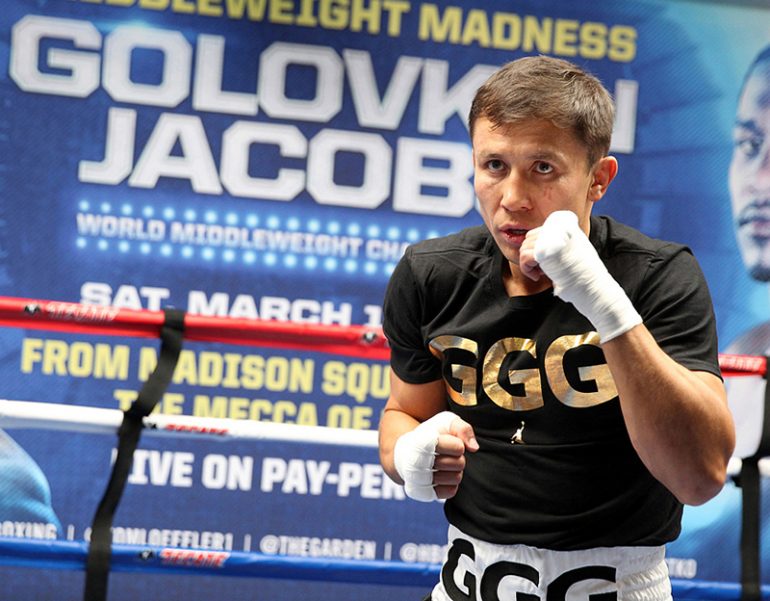 Gennady Golovkin is a proven ticket seller but his credentials as a pay-per-view attraction are still evolving. After his eighth-round destruction of David Lemieux attracted just over 150,000 buys on HBO PPV in 2015, promoter Tom Loeffler predicted Saturday’s middleweight championship against Danny Jacobs at Madison Square Garden will surpass the bout with Lemiuex and described HBO as confident in the potential for pay-per-view success.

“There’s no pressure on Gennady to deliver buys,” Loeffler told a small group of reporters on Monday before the final press conference. “The pressure is for him to win the fight. The pressure is on the promotion and on the marketing side. Gennady is always marketing and promoting his events. Danny has been spectacular on his side as well. HBO is very optimistic on the pay-per-view sales. We hate giving any type of speculation what it would do but I feel confident it will exceed his pay-per-view with what the Lemieux fight did.”

Loeffler referenced the increased stature of both Golovkin and Jacobs and also the presence of RING pound-for-pound king and 115-pound titleholder Roman (Chocolatito) Gonzalez in the co-feature against Srisaket Sor Rungvisai, as well as Carlos Cuadras on the PPV undercard. “It just has a much bigger feeling to the promotion,” said Loeffler.