David Lemieux ices Curtis Stevens with one punch in Round 3 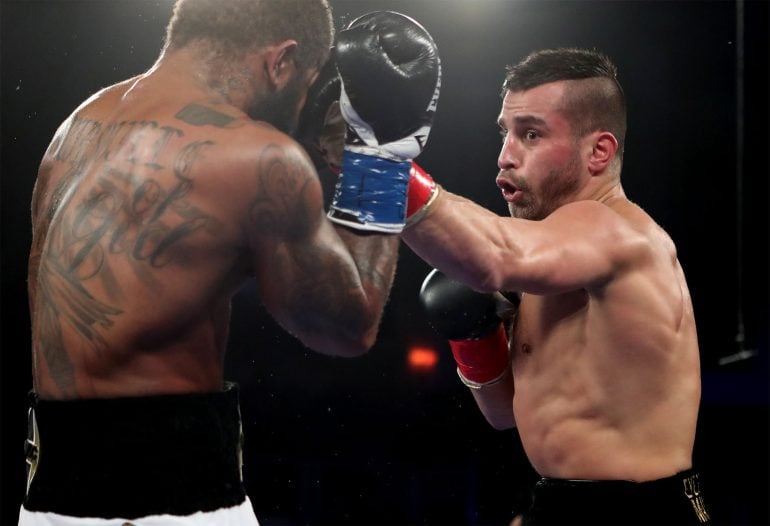 Stevens (29-6, 21 knockouts), a 32-year-old former title challenger from Brooklyn, was carried out of the ring on a stretcher for precautionary reasons after having been laid out flat on his back on the ring apron for several tense minutes after the HBO-televised main event abruptly ended.

Prior to scoring the early KO of the Year candidate, the two punchers traded their best shots. Lemieux (37-3, 33 KOs) was the busier, more aggressive fighter, outworking Stevens with combinations. However, Stevens, the faster of the two, was sharp and accurate with this counter punches and after being outworked and buzzed in Round 1, came back to have several moments in Rounds 2 and 3 before 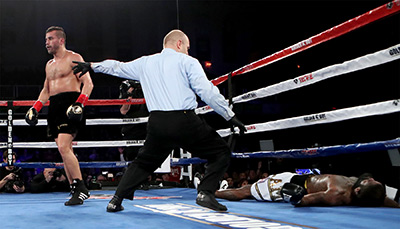 Lemieux lowered the boom — a short left hook — after backing Stevens to the ropes with a power salvo.

Lemieux landed 67 of 120 power punches, according to CompuBox stats, but the only one that mattered was the final shot of the fight. Stevens, who landed 32 or 82 power punches thrown, was out cold on his way to the canvas.

“I told you before I did it,” Lemieux said to HBO’s Max Kellerman during the post-fight interview. “I told you what I was going to do. I hope he’s healthy and everything is OK.

“Stevens is a solid fighter, so we prepared well for him. He’s a strong guy, physically strong, but nothing impressive, nothing that slowed me down. I was in great shape, I had a great camp, we have big plans ahead.”

Those plans include getting his hands on another major title. The 28-year-old Montreal star briefly held the IBF belt but lost it via eighth-round TKO to Gennady Golovkin in October 2015.

“You tell me if I should be back in the picture,” Lemieux told Kellerman when the commentator asked him if was back in the 160-pound mix. “The fans want to see me again because I give my all in every fight. I want to go for whoever has a title.

“There’s (WBO beltholder Billy Joe) Saunders, (RING/lineal champ) Canelo (Alvarez), for sure, there’s the kingpin, Golovkin, who I would love to defeat.”