Gary Russell against Oscar Escandon likely moved to May 27 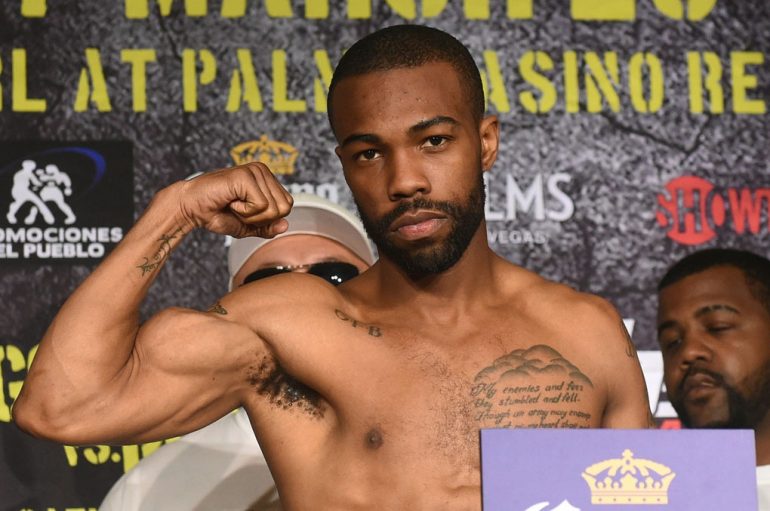 Featherweight titleholder Gary Russell will now likely take on secondary titleholder Oscar Escandon on May 27 on Showtime at the MGM National Harbor in Oxon Hill, Maryland after his previously scheduled meeting for Saturday was postponed due to a back injury to Escandon, Showtime boxing chief Stephen Espinoza told RingTV.com on Thursday.

“That’s the date we’re targeting,” Espinoza told RING. “I don’t think all the details are set but that’s probably the leading contender.” The Showtime telecast would stay the same with junior middleweight titleholder Jermell Charlo defending against mandatory Charles Hatley in the televised co-feature on May 27.

Russell (27-1, 16 knockouts) hasn’t fought since he stopped Patrick Hyland in two rounds in April of last year. Colombia’s Escandon (25-2, 17 KOs) knocked out Robinson Castellanos in the seventh round in his last fight in March of last year after he lost a split decision to Moises Flores in 2015. Houston’s Charlo (28-0, 13 KOs) won the vacant WBC title with a brutal eighth-round knockout of John Jackson last May. Hatley (26-1-1, 18 KOs) hasn’t entered the ring since stopping Anthony Mundine in the 11th round in November of 2015. Russell’s younger brother — 2016 U.S. Olympian Gary Antuanne Russell — was also scheduled to make his pro debut on Saturday.