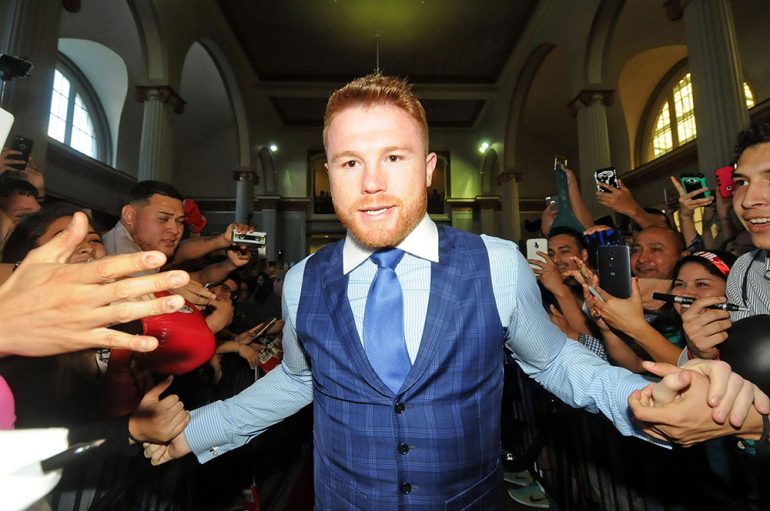 Golden Boy President Eric Gomez fired back at Bob Arum on Wednesday for not letting Manny Pacquiao face Terence Crawford after Arum reportedly suggested that Golden Boy CEO Oscar De La Hoya is afraid to consent to Canelo Alvarez fighting Gennady Golovkin in the fall because it’s too risky and Canelo is worth too much to the success of Golden Boy.

“I don’t think Arum would ever put his cash cow in with Crawford and I think that’s a shame,” Gomez told RingTV.com on Wednesday, referring to Pacquiao before a luncheon for David Lemieux’s middleweight crossroads bout with Curtis Stevens on Saturday at Turning Stone Casino on HBO. “Crawford is the future of boxing and for him not to get a big fight for Crawford, that’s a shame. He’s talking about our cash cow. What about his cash cow?” Gomez said, referring to Pacquiao. “Put him in with Crawford. That’s the fight he should be making,” he went on. “That’s the fight the fans want to see. I bet you this: We’ll do the Canelo fight with Golovkin before he’s able to do Crawford and Pacquiao.”

Gomez said that he and Golovkin promoter Tom Loeffler remain “very, very close” and “90% done” to striking a deal for a fall of 2017 bout between Golovkin and Canelo that involves a flat fee guarantee “substantially more” than $10 million for Golovkin’s side. Meanwhile, Top Rank is in the process of determining who Crawford will face next on May 20 at the Prudential Center in Newark, New Jersey.

It won’t be Pacquiao, even though Pacquiao is looking for a new deal after talks broke down between him and Amir Khan for April 22 in the United Arab Emirates. “What’s the excuse there?” Gomez said of matching Pacquiao and Crawford. “There’s no other promoters involved. Why doesn’t he get his fighter (Crawford) the big fight? He should worry about his situation before he worries about our situation.”