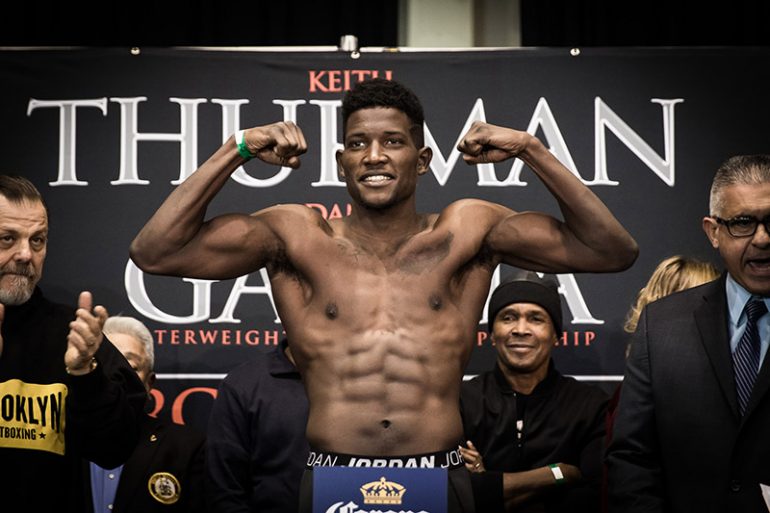 THE RING’s 2016 Prospect of the Year Erickson Lubin may have transitioned to contender status in the 154-pound division and earned a shot at the WBC title with a fourth-round stoppage of Jorge Cota on the Keith Thurman-Danny Garcia on Saturday in Brooklyn.

Lubin (18-0, 13 knockouts), a 21-year-old southpaw from Orlando, smashed Cota to the canvas with a well-timed sweeping overhand left in Round 4 of their WBC semi-final title-elimination bout. Cota (25-2, 22 KOs), a hardnosed but inactive 28-year-old fringe contender from Los Mochis, Mexico, beat the count but was deemed unable to continue by referee Albert Earl Brown.

A full ringside fight report by Mitch Abramson will be posted later.