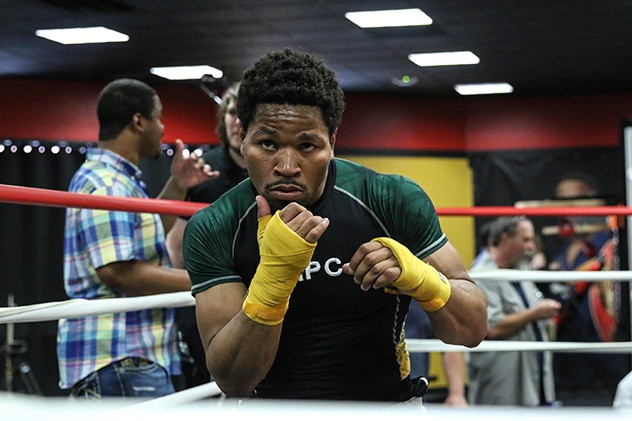 Shawn Porter and Andre Berto will finally square off on April 22 in a Showtime main event at Barclays Center in Brooklyn, a source told RingTV.com on Friday.

An announcement will be made on Saturday before Keith Thurman’s welterweight unification match with Danny Garcia at Barclays Center. Porter was at the Thurman-Garcia weigh-in on Friday and was all smiles, telling RING of a pending announcement on Saturday while declining to reveal any of the specifics.

Porter (26-2-1, 16 knockouts) and Berto (31-4, 24 KOs) are both former welterweight titleholders who occupy a second tier of the division, talented, ambitious fighters who are seeking to break into the higher echelon of the 147-pound weight class, making their bout a sort of win-or-go-home affair. Berto breathed new life into his career in April of last year, knocking out Victor Ortiz in the fourth round of a rematch of their 2011 bout after he lost a wide decision to Floyd Mayweather in 2015. Porter is coming off a spirited, competitive loss to Thurman last June at Barclay Center.