Tickets for Canelo-Chavez are sold out 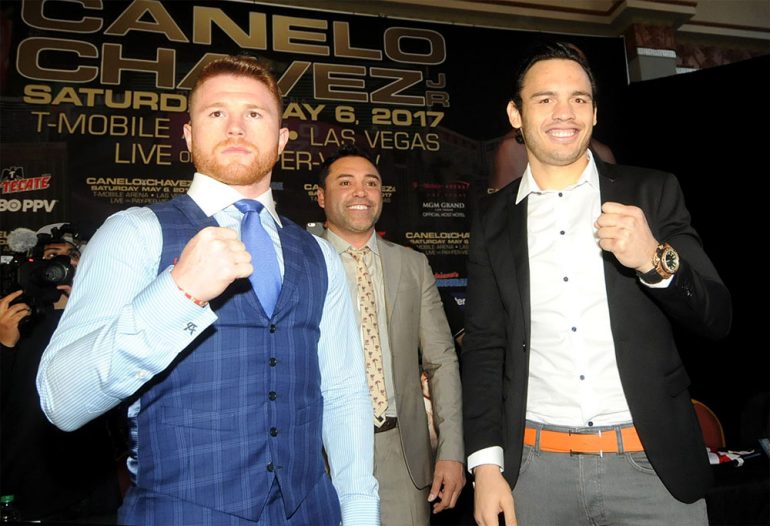 The all-Mexico showdown between Canelo Alvarez and Julio Cesar Chavez Jr. on May 6 is officially sold out, Golden Boy Promotions announced Friday morning.

The bout will take place at the T-Mobile Arena in Las Vegas. Tickets were in high demand when they were first available for sale on Feb. 20, despite ringside seats going for $1,500.

According to Golden Boy Promotions, over 20,000 tickets were sold.

“Big fights sell and, as anyone can see from the fact that we sold out Las Vegas’ biggest boxing venue less than 10 days tickets became available, Canelo-Chavez is a huge fight,” said Golden Boy Promotions CEO and chairman Oscar De La Hoya.

“Now that the T-Mobile Arena is full, we will soon announce venues (that will) show the fight on closed circuit for fans still planning to come to celebrate in Las Vegas. Fans can, of course, see the fight in the comfort of their own homes on HBO Pay-Per-View.”

May 6 will put the event among the largest indoor sell-outs in Las Vegas’ rich boxing history. The Thomas and Mack Center off the famed Vegas Strip also played host to numerous sell-out crowds, most notable the September 2012 bout between Chavez and Sergio Martinez, where the official attendance was announced at 19,186.