Matthysse to return against Emmanuel Taylor May 6 on HBO PPV 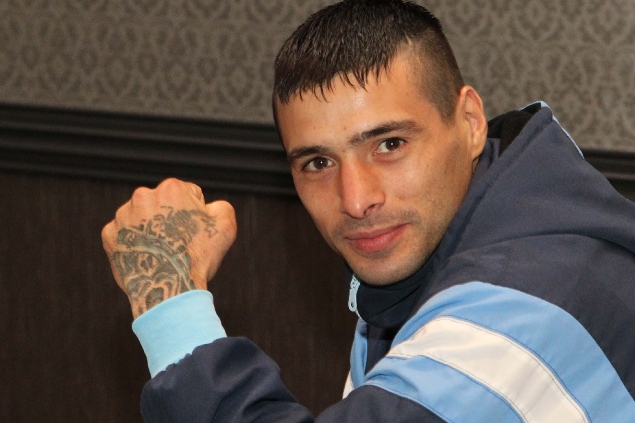 Argentinean slugger Lucas Matthysse will finally have someone to punch after a 19-month layoff due to injury.

Matthysse is set to return against well-regarded measuring stick Emmanuel Taylor May 6 in a welterweight bout on the HBO pay-per-view undercard of Canelo Alvarez-Julio Cesar Chavez Jr. at T-Mobile Arena in Las Vegas, Golden Boy announced on Tuesday.

The heavy-handed Matthysse (37-4, 34 knockouts) hasn’t fought since he sustained a fractured left orbital bone in his upset knockout-loss to Viktor Postol in October of 2015 for a vacant junior welterweight title. Matthysse attempted to come back last May on the undercard of Canelo-Amir Khan but was still dealing with residual effects of the injury and withdrew. Matthysse, who has wins against Ruslan Provodnikov and Lamont Peterson, maintains he’s finally ready to resume his station as one of the sport’s most exciting fighters.

“I’m very happy to return to the ring and especially on such an important show such as Canelo vs. Chavez Jr. on May 6 at T-Mobile Arena in Las Vegas,” Matthysse said in a prepared statement. “I’ve always brought great fights to demanding fans, and this one against Emmanuel Taylor will not be the exception.”

In Taylor (20-4, 14 KOs), Matthysse will face someone who has flirted with excellence only to lose every time he has stepped up in a significant fight. The skilled, tough 26-year-old has losses to Adrien Broner, Antonio Orozco and Chris Algieri while beating Karim Mayfield in 2014. He has won two straight by knockout since the loss to Orozco in 2015.

“I feel that I am really blessed to have this opportunity to once again fight on such a big stage,” Taylor said in the press release. “Matthysse is a very tough fighter but I am sure I’ll beat him. This is a great opportunity for me and my family and it’s been a long time coming.”