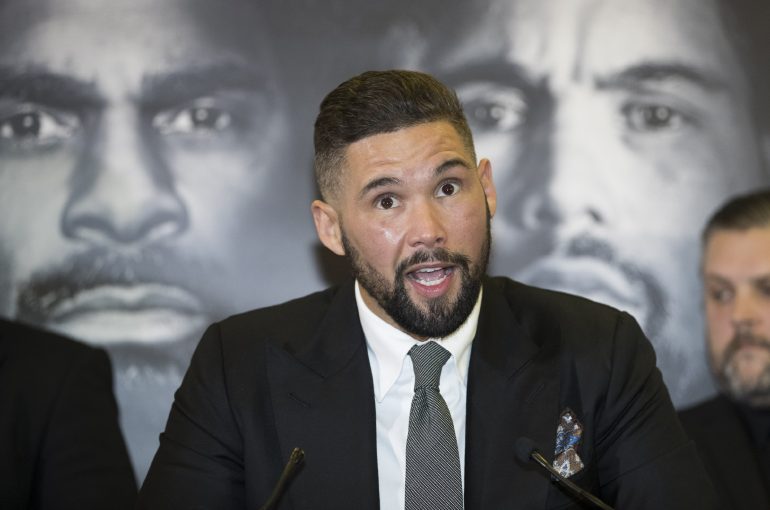 The heavily-hyped heavyweight battle between Tony Bellew and David Haye takes place this Saturday at the O2 Arena in London, England. Four years ago, if you had suggested to a fight fan that this matchup would ever take place, you would have been on the end a derisory gaze and a sarcastic chuckle.

In 2013, Haye was one year into a 3-and-a-half-year hiatus. He had stopped countryman Dereck Chisora in July 2012, but was beset by a host of injuries that kept him out of the sport. Later that same year, Bellew was stopped for the first, and to date, only time in his professional career by WBC light heavyweight titleholder Adonis Stevenson. In their respective bouts, Haye and Bellew were separated by a functional 35 pounds (Bellew 175, Haye 210).

Haye vs. Bellew? Don’t be so silly!

And here we are.

The fight doesn’t float everyone’s boat. Far from it. It has been received by many as an unapologetic attempt by the fighters, the promoter (Matchroom Boxing) and the network (Sky Box Office) to cash in on a physical mismatch between two guys who could talk the ears off an elephant. Few give Bellew a significant chance, but the smaller man insists that he is not here to makeup the numbers.

“I’ll see out the rounds that I need to see out, and then I will implement my game plan,” said Bellew positively. “Make no mistake, I will not run in this fight. I will stand my ground and he will be shocked by how hard I am to hit. I am the quickest professional fighter he has ever fought. I don’t look quick, but that’s deceiving.

“I’ve been hit with a big clean shot maybe a dozen times in over 120 rounds of sparring and I’m happy with that. If lightning fast cruiserweights and heavyweights can’t hit me up close, then he’s going to have a real problem.”

When Bellew disclosed that he was looking to present Haye with an elusive target, one fight sprung to mind: Michael Spinks dethroning THE RING and IBF heavyweight champion Larry Holmes in September 1985. In that fight, the light heavyweight champion befuddled the natural heavyweight with defensive tactics. Spinks took Holmes’ best weapon, the jab, out of the fight with subtle lateral movement and kept his distance. Subsequently, Holmes, who at 35 years old was one year younger than Haye is now, couldn’t pull the trigger on his right hand and Spinks flurried his way to a 15-round unanimous decision. 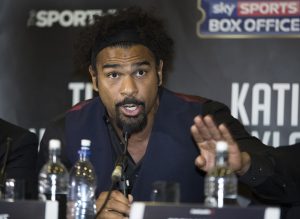 Bellew (28-2-1, 18 KOs) can fight smart when the moment moves him and he is a serious boxing historian. The Liverpool man loves the game and has immersed himself in fight film for most of his life. When I brought up the Holmes-Spinks fight, his first words were, “I’m not fit to lace Michael Spinks’ boots,” but he agreed with the parallel I drew in regards to the smaller man’s defensive ploy. Can Bellew mimic Spinks and make his opponent miss often? Haye is undoubtedly fresher and more explosive than the 1985 version of Holmes, but he has been woefully inactive with only eight professional rounds in six years.

Another similarity to the Holmes-Spinks fight is weight. Spinks was 199.75 pounds and Holmes was 221.5. Haye (28-2, 26 knockouts) has averaged 226 pounds in his two most recent fights and Bellew confirmed that he will not come in too far over the cruiserweight limit of 200 pounds.

“At the moment, I’m 215 and I plan on being somewhere around 204 and 205,” said Bellew, who was two days into his final week of hard training. “There’s no advantage (in being heavier). I’m fighting and wrestling with big men, heavy men (in the gym) and I’m accustomed to it.

“I had a shitty day today and basically paid two guys to beat me up because I’m working towards a game plan. I’m not concentrating on beating up sparring partners. Everything I’m doing is working towards a game plan for this fight. (The Haye camp) don’t know the game plan but what I will say is, I’m frustrating the f___in life out of my sparring partners. The thing is, I’m also frustrating myself because I’m not getting to put it on them.”

Haye has exuded flippancy throughout this promotion. He insists that Bellew doesn’t have the required punch variety, technique or firepower to do any damage. In fact, he has stated that Bellew could land his best shot and nothing will happen. Needless to say, the reigning WBC cruiserweight titleholder vehemently disagrees.

“This is a guy who claims that he took Wladimir Klitschko’s best punches,” sniggered Bellew. “Let’s just stop right there. You ran for 12 rounds against Klitschko and then blamed your little toe. Never once did he clock you clean. And the hardest you hit Klitschko was when you found your face planted into his crotch when you fell over.

“David Haye can’t take clean shots off of anyone. If Monte Barrett can drop you, if Carl Thompson can drop you, if Lolenga Mock can make you do a silly dance, if Giacobbe Fragomenni can rock the shit out of you, then Tony Bellew can knock you clean f___in’ out with one left hook. Or, do you know what, one right hand. I love the way he keeps sayin’ all I’ve got is a left hook. I have many strings to my bow and I can win in a lot of different ways.”

The odds are stacked against Bellew but the 34-year-old boxer-puncher seems to revel in being the underdog. Down the years, many fighters have shone brightest when they’ve been written off and Bellew did just that when he annexed a world title last year. He promises to deliver on Saturday, but will the excitable Englishman remain disciplined when all of that bad blood and drama coalesces in the ring?

“There’s a couple of game plan and we’ve envisioned all the outcomes,” confirmed Bellew. “Can I stick to the game plan? I’ll be totally honest; I haven’t got a f___in clue. I could get involved in a shootout 10 seconds into the fight. I do stupid sh_t and I can’t promise that I’m going to stick to the game plan. I’m hoping to, and I want to, but I don’t know. I’d be telling a lie if I said I know for sure that the red mist isn’t going to come down. I can’t rule it out.