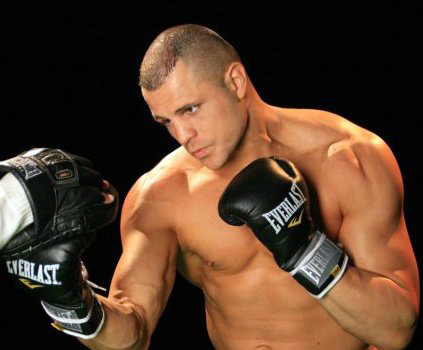 After failing to win a world title belt as a cruiserweight, fringe contender and part-time commentator BJ Flores has decided to become a full-fledged heavyweight.

Flores returned to the ring on Saturday, stopping overmatched Jeremy Bates in the first round at the Celebrity Theatre in Phoenix, Arizona.

Flores, who weighed 223 pounds at Friday’s weigh-in, entered the bout against Bates having lost two of his last three bouts. In his previous bout on Oct. 15, Flores was dropped four times by WBC titleholder Tony Bellew en route to a third-round knockout loss.

The veteran Bates was there for Flores to hit from the opening bell. Flores stunned Bates twice before dropping him in a corning with a barrage of punches midway through the first round.

Bates got up and attempted to fight back, but was simply outgunned. Flores dropped Bates a second time in the round, again courtesy of a barrage of punches. Flores ended matters at 2:51 as another barrage of punches forced referee Wes Melton to step in and stop the bout.

In the co-feature, middleweight Andrew Hernandez dropped Sijuola Ade Shabazz in the opening round en route to a one-sided 10 round decision.

Hernandez, who resides in the Phoenix area, was cut over his left eye during the bout from an accidental clash of heads, but dominated the action. All three judges scored the bout 100-89 for Hernandez, who improves to 18-5-1, 8 KOs. Shabazz falls to 6-3, 5 KOs.