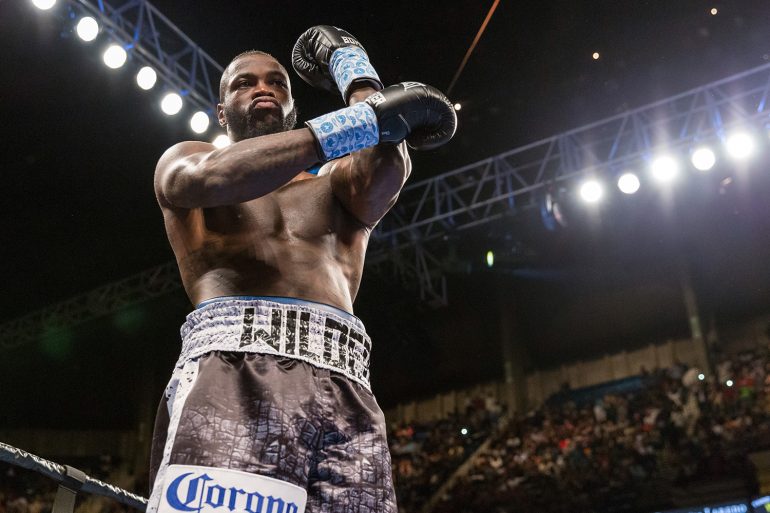 Deontay Wilder changed the course of his fight with Gerald Washington as one might’ve expected: with a big right hand.

The WBC heavyweight titleholder had been largely ineffective through four-plus rounds when, midway through the fifth, a short, powerful right followed by a left put the challenger on his pants. Washington got to his feet only to be met by a vicious barrage of punches, which prompted the referee to stop the fight.

The 6-foot-6 Washington (18-1-1, 12 knockouts) controlled the fight from the outset with a stiff left jab, although neither fighter was particularly active before the dramatic conclusion. Wilder, 6-foot-7, did little more than wait for an opportunity to hurt the former college football player.

And when it came, Wilder (38-0, 37 KOs) took advantage, instantly turning a difficult fight into just another beat down.