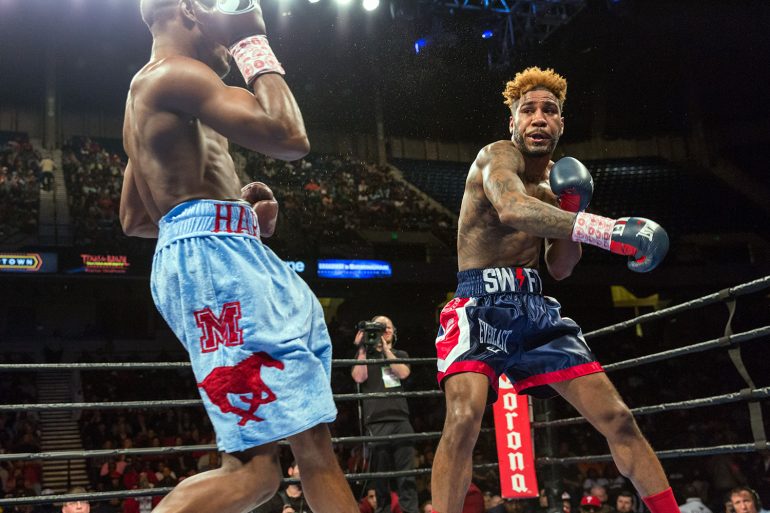 Jarrett Hurd knocked out Tony Harrison in the ninth round to win the vacant IBF junior middleweight title on the Deontay Wilder-Gerald Washington card Saturday in Birmingham, Alabama.

Hurd (20-0, 14 knockouts) seemed to be behind on points when he put Harrison (24-2, 20 KOs) down and hurt him badly with a right hand late in the ninth. Harrison got up and was being assessed by referee Jim Korb when he spit out his mouthpiece, after which Korb stopped the fight.

Harrison outboxed Hurd in the first half of the fight but, by the seventh round, Hurd began to put tremendous pressure Harrison and the loser began to wilt.

Harrison had his moments in the seventh and eighth rounds, sticking and moving as he had earlier, but was fighting as if he was in survival mode. Then, when he was caught by the right, it seemed as if Hurd had taken his heart. The official time of the stoppage was 2:24 of the ninth.

The IBF title became vacant when Jermall Charlo gave it up.