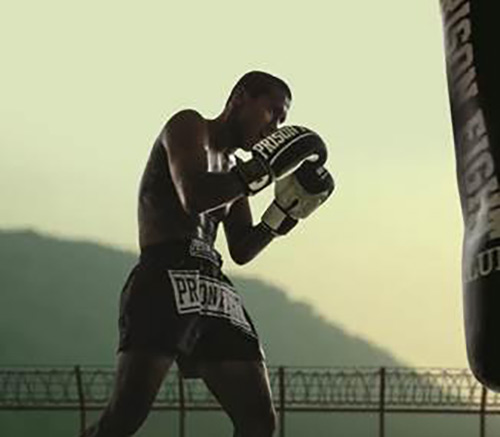 The existential question at the heart of Showtime’s documentary: “Prison Fighters: 5 Rounds to Freedom,” which premieres tonight (8:30 p.m. ET), is whether convicted criminals should be allowed to use violence to pursue their freedom.

The story examines a practice in Thailand’s criminal justice system in which prisoners can secure their release by winning a series of Muay Thai bouts. Those convicted of violent crimes such as murder and sexual assault have in the past been granted their freedom and in some instances been pardoned through these fights.

“Ultimately, what this concept and what this movie asks is: Can violent men redeem themselves through violent acts?” Mark Kriegel, a writer and producer on the film, told RingTV.com in a recent phone interview. “Now, they’re not playing baseball. That was one of the central ideas that drew me to it. I didn’t resolve in my mind entirely (whether the idea of fighting for one’s freedom is a good one). But I would urge people in this country watching the film to recognize that we have American, Western sensibilities. This is not American, Western culture. Also, I would urge them to be a little less puritanical.”

The film, which is narrated by actor Ron Perlman, focuses on the personal struggles of Noy Khaopan, a convicted murderer doing time in the Khao Prik Prison in Thailand, whose freedom will depend on the outcome of one fight. Among the others examined in the film is former champion boxer Sirimongkol Singwangcha, who was convicted of drug possession years earlier and fought his way to freedom in prison.

Added Kriegel, “As a dramatic construct — it’s Dana White meets Dostoyevsky, the author of ‘Crime and Punishment.’ (The film) is contemporary. It’s perverse. It’s classical. It deals with all the big themes that draw writers to combat sports. The idea of guilt and innocence can be ambiguous but the idea of redemption and what constitutes good karma is even more ambiguous.”