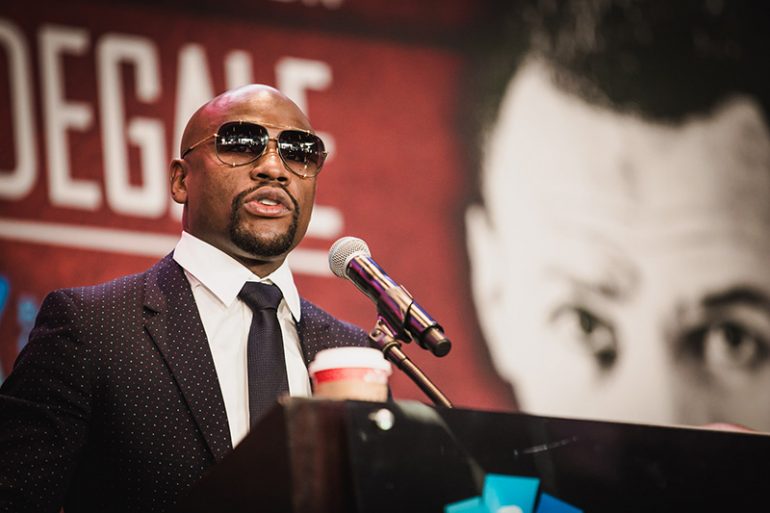 Canelo Alvarez didn’t mince words on the topic of former foe Floyd Mayweather Jr. potentially facing the UFC star Conor McGregor. “I think it’s a joke for boxing if that happens,” Canelo told a small group of reporters on Tuesday during a press-stop in Manhattan to hype his May 6 bout with Julio Cesar Chavez Jr. at T-Mobile Arena on HBO PPV.

Mayweather and McGregor have circled the other for some time, giving the impression a fight, which would be a boxing match, is possible even if McGregor has never boxed in his life. It’s not clear if Canelo is a fan of MMA but he did say last September he would be open to facing McGregor in a boxing match to show him the discipline is not as easy as it looks. Canelo lost a majority decision to Mayweather in 2013 in which he was thoroughly out-boxed and later admitted he didn’t possess the experience at the time to out-duel Mayweather, who retired four fights later.