Roy Jones Jr.: My legacy is set but I’m addicted to competition 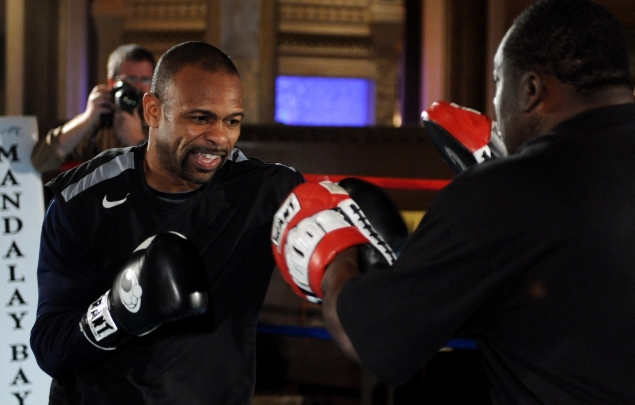 The sharp edges are gone, replaced by more corpulent features. His face is far jowlier than most fight fans would like to remember him. He can snap his jab, though the consistency has faded into a fizzle through the years, and all we’re left with is a 48-year-old man in denial of what he is today.

Only Roy Jones Jr. doesn’t think that way. The future Hall of Famer doesn’t think he’s tarnishing his legacy by continuing on, doing things like taking on cruiserweight journeyman Bobby Gunn (21-6-1, 18 knockouts) on Friday at the Chase Center, in Wilmington, Delaware. 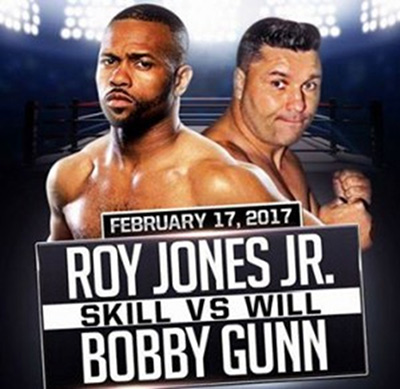 There was a time, not that long ago, when the name Roy Jones Jr. would send the masses flying. Nine years ago, he filled up Madison Square Garden to beat Felix Trinidad. Now he’s reduced to fighting Gunn, a rugged guy whose chief acclaim is on the seedy, shadowy bare-knuckle circuit, in a venue that seats roughly 1,000.

“Gunn is a very tough dude, tough as nails, and is the kind of guy who will fight anyone, anywhere and at any time,” Jones said his staccato style. “I’m going to win. If you don’t fight guys like that you don’t challenge yourself. It’s why the guy Bernard Hopkins fought (Joe Smith Jr.) was a challenge. A guy like that is a coming to knock your block off, and you better prepare. If you know the guy is coming to get you, it’s why you properly prepare for him.

“I feel good, very good. I’m fighting this at cruiserweight, but I’m not fat. Believe me I’m not fat, even though one time I was a light heavyweight. I’m not fat, trust me.”

Jones says he always challenges himself.

“Bernard Hopkins went out that way against Joe Smith, and there was no other way Bernard was going to go out, unless he was forced out. I understand that. We’re fighters by trade. We fight. What if I don’t want to stop fighting? I have that right to continue.”

Some fans and media understand where Jones is coming from but no one wants to see a legend—and one of the really good guys in boxing—get hurt.

“I understand that,” Jones said. “I appreciate that. I won’t get hurt. The biggest thing for me was giving myself the proper time to recover after fights. I’m pacing myself. You get older, you get smarter.”

Over his last six fights, Jones is 5-1, the one setback being a four-round stoppage to former WBO cruiserweight titleholder Enzo Maccarinelli, in Moscow, Russia, in December 2015. Maccarinelli, by the way, stopped Gunn in one in April 2007. Jones’ five victories have come against a hodgepodge of nobodies. Vyron Phillips made his pro debut against Jones and was stopped in two rounds last March. A loser of nine-straight before tangling with Jones last August, Rodney Moore managed to go the full 10 with a fighter who once was considered owner of the fastest hands in boxing. Prior to fighting Maccarinelli, Jones finished Eric Watkins in six. Watkins had a 2-5-1 record over his last eight before he faced Jones. 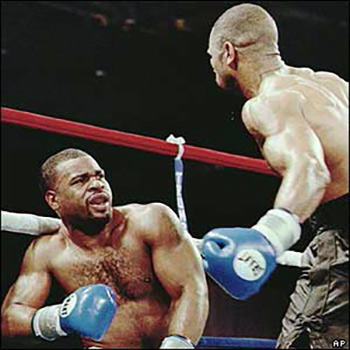 Jones’ last meaningful victory was against previously undefeated Pawel Glazewski, on June 30, 2012. Jones was supposed to be “a name” to add on Glazewski’s resume, when the old man gave the Polish fighter a boxing lesson—in Lodz, Poland—winning a 10-round split-decision.

Does he worry about his legacy being tarnished?

“I’m addicted to competition,” Jones said. “When you’re young, you have more options. As you get older you become more appreciative of things. I used to fight with my hands down. I can’t do that anymore. It gives you a whole different motivation. I probably won’t retire until 2021. We’ll figure it out. Here’s the thing with my legacy. Barry Sanders never won a world championship in football. But to me, Barry Sanders is the best running back I ever laid eyes on. Just because you don’t have the title to prove it don’t mean a damned thing to me! To me, pound-for-pound, Barry Sanders is the best running back to ever run the football.

“You have to look at the hard, raw footage of my career. These things sometimes go forgotten. Go back and dissect it and break it down, like Barry Sanders, you will never see another running back do the things that Barry Sanders did. I don’t care who it is. People still want to see Roy Jones fight live, because they’re still going to see things that they’ve never seen in their lives before. As far as that legacy crap goes, as far as what people try and say, I can’t undo what I’ve already done. My legacy is set! That will never change.”