Lomachenko admits he thought he was facing Salido instead of Sosa 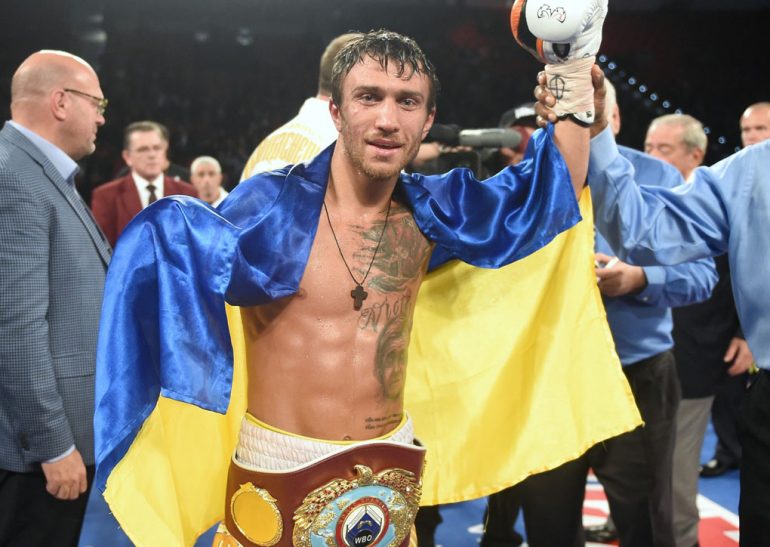 Junior lightweight titleholder Vasyl Lomachenko admitted he really thought he would face Orlando Salido instead of Jason Sosa this spring and was frustrated Salido withdrew from the bout because of a difference in money. Salido is the only fighter to hand the two-time Olympic gold medalist a loss and Lomachenko, who has since won two titles in different divisions, wants revenge.

“Yes, I was a little disappointed because as far as I knew, everything was going through and everything was agreed (to face Salido) and some kind of agreement was made with Top Rank,” Lomachenko said on a conference call Wednesday through manager/translator Egis Klimas. “But then all of a sudden it came out that he’s not going to fight. But that’s life.”

Lomachenko (7-1, 5 knockouts) will now face Sosa (20-1-4, 15 KOs) of Camden, New Jersey on April 8 at the MGM National Harbor in Oxon Hill, Maryland in the main event on HBO. Top Rank president Todd duBoef confirmed that undefeated Ukrainian light heavyweight Oleksandr Gvozdyk is “earmarked as a possible” fighter to perform in the co-feature without elaborating on who he would face. Salido wasn’t the only candidate to possibly face Lomachenko.

Panama’s Jezreel Corrales, a 130-pound titleholder, was also under consideration in a unification fight until Corrales went in a different direction. Back in 2014, Lomachenko faced an overweight Salido in just his second professional fight for a featherweight title and lost a split decision in a rugged bout. Lomachenko hasn’t forgotten. “Yeah, I would like to fight Salido,” Lomachenko said. “But it doesn’t depend on me. We’ll see how it’s going to go.”