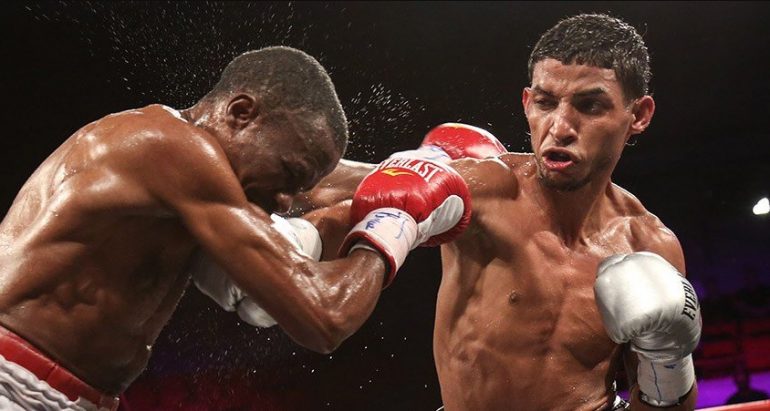 Uutoni pressed the bout from the opening bell. The fighter from Namibia threw looping hooks and crosses, landing occasionally but mostly missing.

Acosta, who resides in San Juan, landed more at will with each passing round, countering with left hooks and right uppercuts to the head.

Uutoni continued to march forward but was outgunned. Acosta dropped Uutoni once in the second, fifth, and eighth rounds. After a barrage of punches dropped Uutoni in round 10, referee Roberto Ramirez Jr. stopped the bout at 1:01, thus snapping Uutoni’s five-bout winning streak.

Another fighter from Puerto Rico also won by knockout in Caguas.

Janiel Rivera stopped Juan Guzman (22-7, 12 KOs) in the second round of a scheduled 10-round flyweight bout.

Junior featherweight Bryan Chevalier (8-0, 8 KOs) knocked Harold Reyes (2-8-1) out in the fifth round.