Shakur Stevenson describes Mayweather as ‘all talk,’ no action 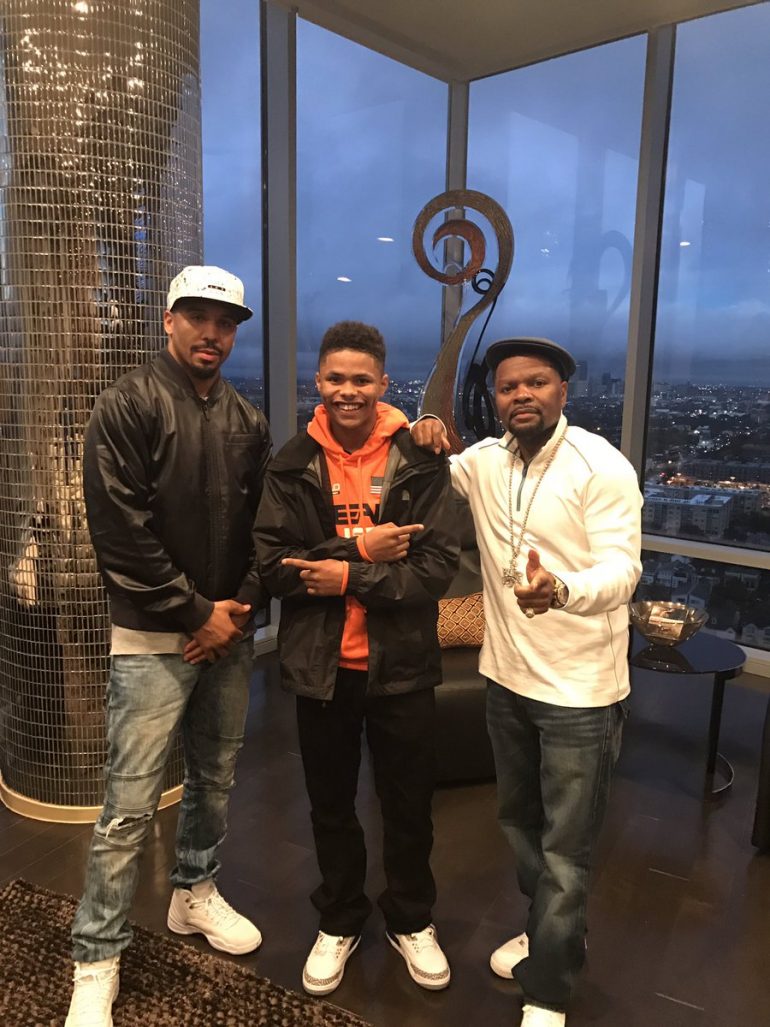 Shakur Stevenson described Floyd Mayweather Jr. as “all talk” and no action in his bid to sign him out of the Olympics in Rio this summer.

While Stevenson, a U.S. silver medalist, was interested in possibly retaining the services of Mayweather’s promotional firm, the 19-year-old from Newark, New Jersey claims when it was time to produce paperwork to back up what he was peddling, Mayweather got cold feet and didn’t follow through. Stevenson ended up signing with Bob Arum’s Top Rank instead on Thursday.

“Mayweather, to be honest, he basically hyped me up to think I was on his list and when the time came they didn’t really send no paperwork or nothing, so he was never really an option,” Stevenson told RingTV.com on Friday. “He was all talk. It was very disappointing because of the fact that I looked up to him and I felt he was one of the greatest boxers that ever lived. So it was really disappointing. But it is what it is and everything happens for a reason. I’m ready to turn the page.”

A source close to Mayweather believes that Mayweather may have been surprised that Stevenson said he was still available to listen to other promoters even after Mayweather traveled to Rio last summer in an effort to sign him. The two went out for dinner. The retired great suggested on social media he had persuaded Stevenson to join him, welcoming him “to the Money Team family.”

But Stevenson revealed after his gold medal bout he was unsigned and a promotional free agent, telling RingTV.com he was “still up for grabs” after the Games. This may have irked Mayweather after he made the effort to travel to Rio, causing him to take his foot off the accelerator in his pursuit, the source speculated. Mayweather, along with Jay Z’s Roc Nation Sports were the early leaders for his services until Top Rank entered the sweepstakes, according to Stevenson.

“They came into the picture later on, to be honest,” Stevenson said of Top Rank. “But once I spoke and met with them and heard their plans for me and how organized they were, they were ahead of everyone.” Mayweather, for his part, didn’t come away empty handed from the Olympics, signing Richardson Hitchins last month, to go along with the seven fighters he inked in December.