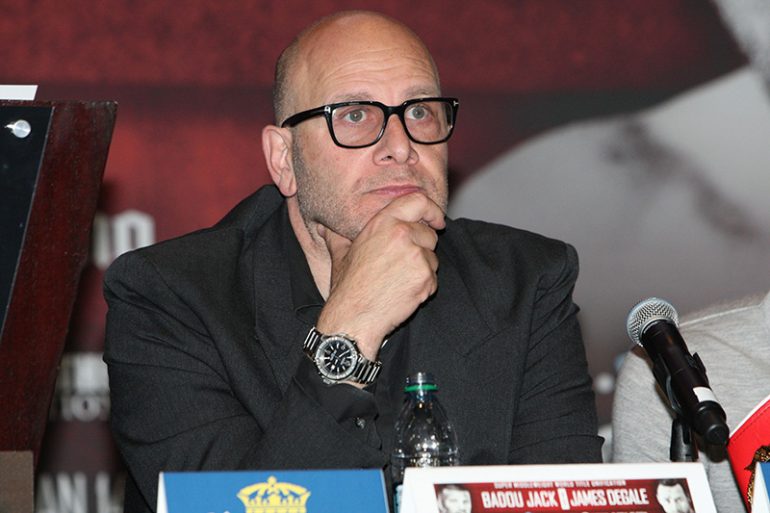 Heavyweight titleholder Joseph Parker has never lost as a professional. But promoter Lou DiBella just inked a fighter who has beaten Parker twice as an amateur.

DiBella announced the signing of New Zealand’s Junior Fa, a 6-5, 270-pound heavyweight on Monday; he went 2-2 against his countryman Parker in the amateurs and is believed to be the last fighter to beat Parker. Fa (9-0, 6 knockouts) is set to make his U.S. and promotional debut under DiBella on Feb. 25, underneath Deontay Wilder’s WBC heavyweight title defense against Gerald Washington in Birmingham, Alabama. He will face West Virginia’s Keith Barr (17-10-1, 7 KOs) in a scheduled eight-round bout.

“The physically imposing Junior Fa has the size and skills to make an impact in an era of heavyweight giants,” DiBella said in a prepared statement. “His power and amateur pedigree, including two wins over Joseph Parker, have put him on the map in the Asia Pacific region; he now looks to make his mark on the U.S. and the boxing world.”

The 27-year-old Fa knocked out Pablo Matias Magrini (17-2-1) on the undercard of Parker’s majority decision against Andy Ruiz on Dec. 10 in New Zealand to win the vacant WBO heavyweight title. Fa hopes to resume his rivalry with Parker, whom he last beat in a qualifying tournament for the 2012 Olympics, hastening Parker’s decision to turn pro in July of 2012.

Fa turned pro in February of 2016, fighting nine times last year. It’s the first signing since DiBella started working with Australian boxing agent Brendan Bourke. “I would like to thank Lou DiBella for giving me this opportunity to showcase my talent and love for boxing,” Fa said in a press release. “Lou has given me a stage to perform on to show the world what I can do. I will train hard, prove myself and not let Lou down.”