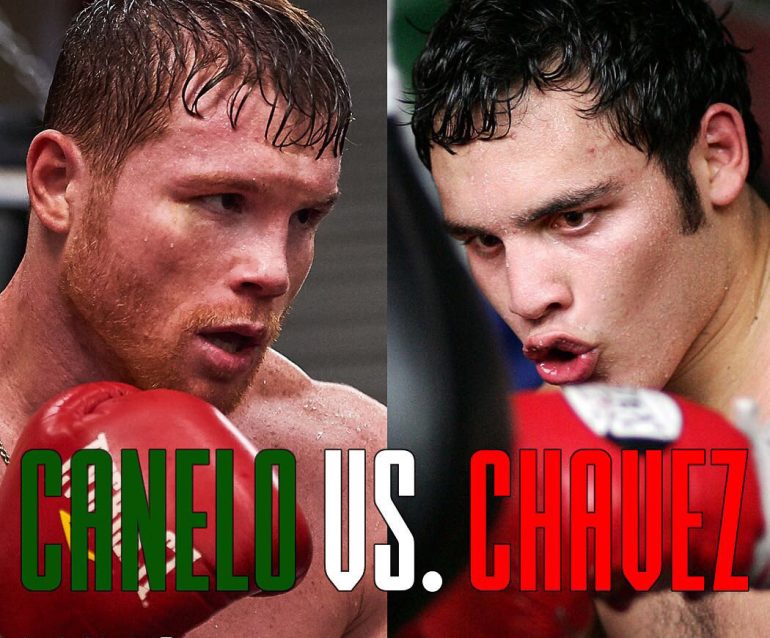 Canelo Alvarez will be allowed to keep his WBO 154-pound title while he jumps up a couple weight classes to face Julio Cesar Chavez Jr. on May 6 at a catch-weight of 164.5 pounds in a nontitle fight, WBO President Francisco Valcarcel told RingTV.com on Friday.

Canelo (48-1-1, 34 knockouts) won the junior middleweight title against Liam Smith on Sept. 17 in Arlington, Texas with an exciting ninth-round knockout. Golden Boy officials have discussed facing middleweight champion Gennady Golovkin in the fall and have said they are using the bout with Chavez as a litmus test to see how he feels fighting at a higher weight. Canelo has never fought above 155 pounds, despite winning a middleweight title against Miguel Cotto in November of 2015. Now, with the news that Canelo will keep the 154-pound belt until May, there appears at least a sliver of a chance he could make the surprising move of holding onto it after the bout with Chavez (50-2-1, 32 KOs).