Andy Lee to return vs. KeAndrae Leatherwood March 18 at MSG 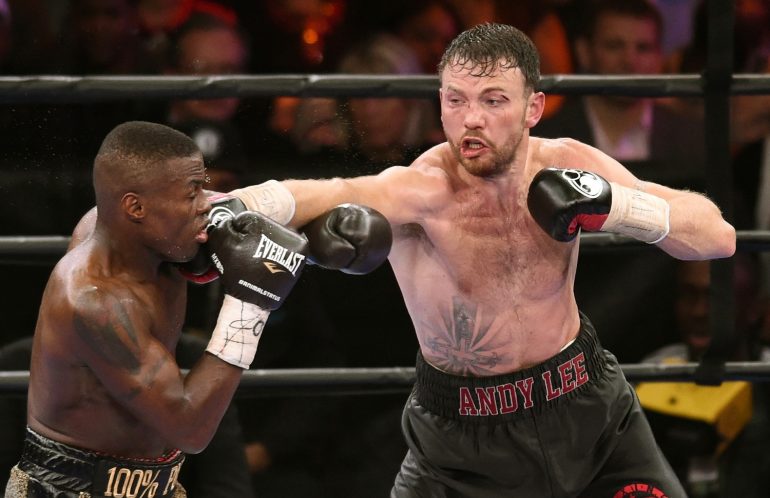 Andy Lee is set to make his return after a nearly 15 month layoff against KeAndrae Leatherwood on March 18 at Madison Square Garden on the undercard of Gennady Golovkin’s middleweight championship against Danny Jacobs, RingTV.com has learned.

Lee-Leatherwood will take place immediately before the HBO PPV portion of the telecast on the freeview broadcast, according to promoter Tom Loeffler. The bout between Lee and Leatherwood was put together by promoter Lou DiBella, who handles Lee. “We’re excited to have Andy on the show,” Loeffler told RING. “He’s fought at MSG (three) times before. He’s undefeated. We’re definitely excited to have him on the card.”

The southpaw Lee will be fighting a day after Irish Olympian Michael Conlan makes his pro debut at Madison Square Garden’s Theater on St. Patrick’s Day. “I think it helps,” Loeffler said of the back-to-back shows. “I think it helps both cards — that’s the way I look at it. There will be 20,000 people at MSG on Saturday night. A lot of those are coming in from out of town. I’m sure a lot of our fans will go to the Conlan fight on Friday and then we’ve had a lot of requests for people staying there for the Conlan fight and they want to buy tickets for our show, as well. It will be a nice boxing weekend at MSG.”

Lee (34-3-1, 24 knockouts) hasn’t fought since he lost his WBO middleweight title to Billy Joe Saunders by a majority decision on Dec. 19, 2015 in Manchester, England. The last time he fought at Madison Square Garden, Lee flattened John Jackson with a sensational fifth-round knockout in June of 2014 on the Miguel Cotto-Sergio Martinez undercard after Lee had been hurt several times.

Alabama’s Leatherwood (19-3-1, 12 KOs) isn’t a familiar name but he’s won five straight since he was knocked out by Taronze Washington in the fourth round in 2015, a loss he avenged in his next fight. He was also stopped by John Jackson in 2011 in the sixth round. The 28-year-old Leatherwood has been active, boxing four times in 2016.