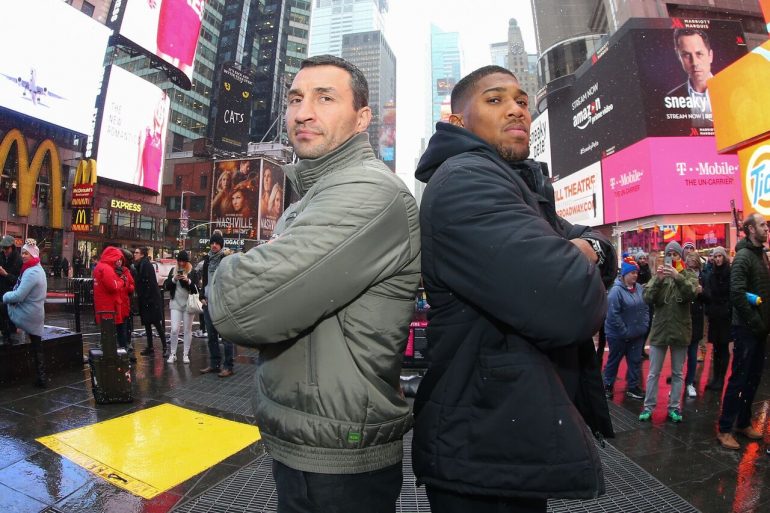 Wladimir Klitschko wondered aloud if Anthony Joshua is truly the superstar his backers think he is or if he’s just “the new Frank Bruno,” a reference to the past UK heavyweight titleholder who had the look and the punch, though not necessarily the punch-resistance to become a legend of his time. Klitschko (64-4, 53 knockouts) will challenge heavyweight titleholder Joshua (18-0, 18 KOs) on April 29 at Wembley Stadium in London for the IBF and WBA titles. Klitschko believes Joshua hasn’t been tested yet in his young career.

The popular Bruno (40-5, 38 KOs) claimed a heavyweight title in 1995, winning a decision against Oliver McCall. But he was knocked out in all five of his losses, four of them in title fights and wasn’t exactly known for rising to the occasion in big fights. Klitschko thinks Joshua has been matched carefully as he has marched up the ranks to claim a heavyweight title. “I believe so,” Klitschko told RING. “In 18 fights, there’s no big names where you can say, ‘Well, at least that guy was experienced.’ I don’t want to disrespect his opposition. I had in the past also questionable guys or whatever. So I was just fighting guys who were put in front of me by my promoter. So he did as well. But now we’ll know the truth (on April 29).”