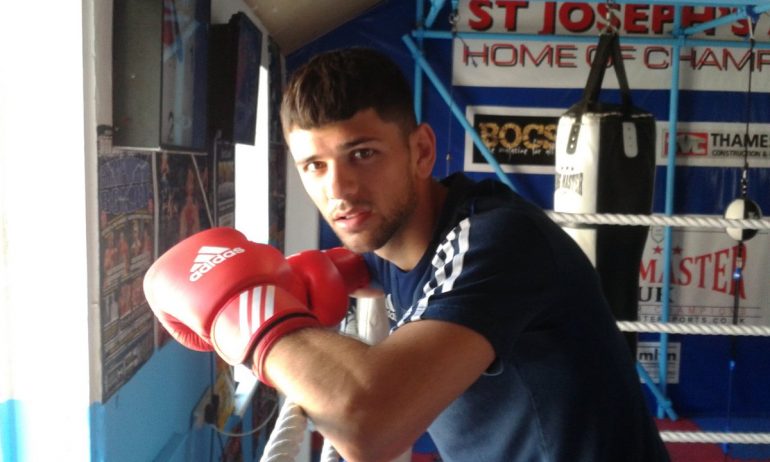 The 25-year-old Welshman had been heavily courted by several promoters but decided, after speaking with Eddie Hearn, that the best move for him was to align himself with Matchroom.

“My amateur career is now finished, it’s come to an end,” Cordina said. “I’m going to be moving into the pros and hopefully do big things in the there.

“With Matchroom, Eddie and Sky Sports backing me, it’s a good platform to be on.”

Cordina is recovering after having his wisdom teeth removed in early January. He’s resumed training and is expected to start sparring in the next couple of weeks. The aim is to have his professional debut at junior lightweight on an as yet to be determined date.

“Hopefully I can get on one of the big shows coming up in April.” he said.

As well as making the move to the pros, he has also made the bold decision to uproot his young family and move away from home comforts.

“I’m going to be based in London at the Matchroom gym, working with Tony Sims,” he explained. “Tony Borg (has been) a great trainer and he hasn’t put a foot wrong. (The change) was solely based on distractions. I can concentrate on boxing and I’ll be closer the Matchroom hub, which will make things a lot easier.”

Cordina leaves the amateur scene behind, having accomplished more than any other Welshman in history. He was a Rio 2016 Olympian, he competed at three World Championships, three European Championships (winning gold in 2015) and he also won bronze at the Commonwealth Games in 2014.

A decorated amateur background behind him, the likeable boxer-puncher is ready to make the transition.

“There’s so many things I need to learn (because) although it’s the same sport, it’s completely different,” he explained. “The pros is a lot tougher; it’s more physical. You’ve got to be aware of some of the dirty tricks, some of these fighters will try. There’s loads of things I’ve got to learn. I just can’t wait to get the ball rolling.

“I can look forward to the pros and hopefully reaching the pinnacle, which is winning a world title and I don’t just want to win one. I want to win multiple world titles and do them in different weights.”

Ian Bird, of Evolution Sports Management, will form part of Team Cordina and represent the boxer’s commercial interests outside of the ring. He believes Cordina could be the next star of British boxing.

“For all of the skill and ability he’s shown in the amateurs, there’s a lot of people who believe he’s going to show it 10 fold when he gets to the pros,” said Bird. “He’s already wily beyond his years given his relatively late start to the game. He’s got stacks of amateur experience and he can hit. He’s going to be big for (junior lightweight).

“I’m guessing within these first two years you’re going to see some quick acceleration through the (level) of opponents with a view to him bringing a big fight back to Cardiff very soon. (Joe) has a great following here and he wants to entertain the Welsh people and give them something to cheer about. We already have two world champions in Nathan Cleverly and Lee Selby, and I genuinely believe in Joe Cordina.

“We have a real star in the making and we need to make boxing a big attraction in the capital city once again.”