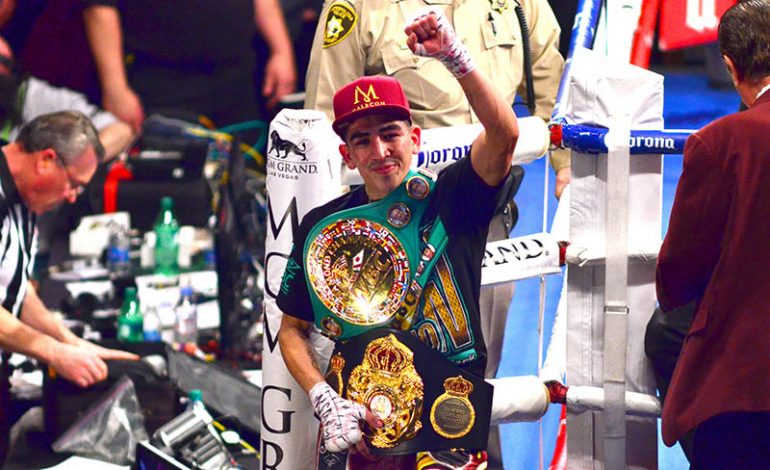 LAS VEGAS — Leo Santa Cruz said that it was either win or retire. After another razor-close 12-round battle with Carl Frampton, retiring will be the last thing on his mind, as he snared a majority decision to win back the WBA featherweight title at the MGM Grand Garden Arena.

And there’s no doubt that these two will meet again in a highly anticipated trilogy.

It wasn’t the barnburner from last year, but Santa Cruz and Frampton put together a thrilling display of boxing wits and mettle in front of a rabid base of fans who made the journey from Northern Ireland and a heavy Mexican contingent. However, Santa Cruz made a conscious effort to stray away from the brawling and use his physical advantages to nullify Frampton’s counterpunching opportunities and snatch away many of the rounds that were relatively close. Because, sometimes, you have to do what you have to do to win and sacrifice pleasing the fans.

“I like to give the fans a great fight. If I came in he was going to counterpunch me all night,” Santa Cruz (33-1-1) said afterward. “My head was telling me to go forward and pressure him, but my dad and corner were telling me to box him. That’s what I had to do.” 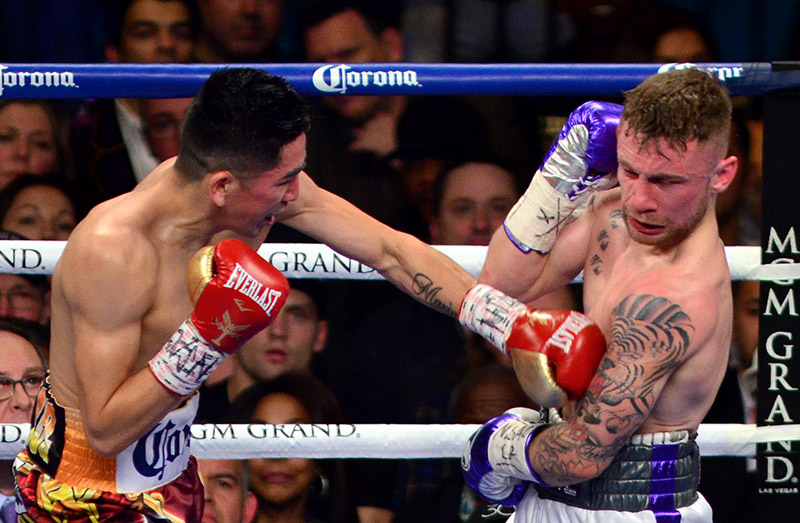 It certainly wasn’t a bad fight, but a clear departure from the “El Terremoto” that we’ve grown accustomed to. But it made perfect sense to abandon the game plan of high-volume punching. That strategy may have worked before, but he knew that his opponent was on to his game and alterations were a necessity. And those necessary shifts are exactly what earned him the decision.

It was evident from the outset that a more patient Santa Cruz would look to establish his jab and make heavy deposits to the body with his left hook. Frampton, who stated prior to the fight that he didn’t think his opponent could make the proper adjustments, appeared to be flustered with his approach and attempted to lead the dance in the early rounds. Santa Cruz controlled the distance and landed some hard combinations that gave him the early lead.

Frampton, for his part, adjusted to Santa Cruz fighting off the ropes in the third round and stepped on the gas to force some fierce exchanges that he got the better of. It was an effort to turn this into a fight that paralleled their first encounter, but his Mexican opponent was decidedly patient and let the fight come to him.

Although the pace was slower, Santa Cruz still out-landed his foe 230 to 133. Perhaps more surprising was that Santa Cruz had a comfortable lead in the jabs landed department, 81 to 28. There were rounds that Santa Cruz took off and allowed Frampton to work his way back into the fight. In the later rounds, Santa Cruz went back to digging his left hook to the body and being the busier fighter in the last 20 seconds.

The nip-and-tuck affair was razor close, as the judges scored it 114-114, 115-113 and 115-113. Upon closer inspection of the judges’ scorecards, a strong closing by Santa Cruz was what tied the knot in the decision. One judge had him sweeping rounds 9-12 while the other two gave him three of the four final rounds.

Ultimately, it was an exciting affair that is deserving of a trilogy. Both fighters agreed that it needs to happen and the only question now is when.

“Of course I want the rematch,” Santa Cruz said. “I’m a man of my word and I said if I won I would give him the trilogy.”

Frampton was happy to hear that his opponent would be willing to face him again but wanted to take the fight to his backyard in Belfast.

“Let’s do it again,” Frampton said. “I hope he’s a man of his word and comes to Belfast.”

Wherever the third fight is, nobody will complain. Boxing is always in need of a great trilogy and this certainly has the makings of one.