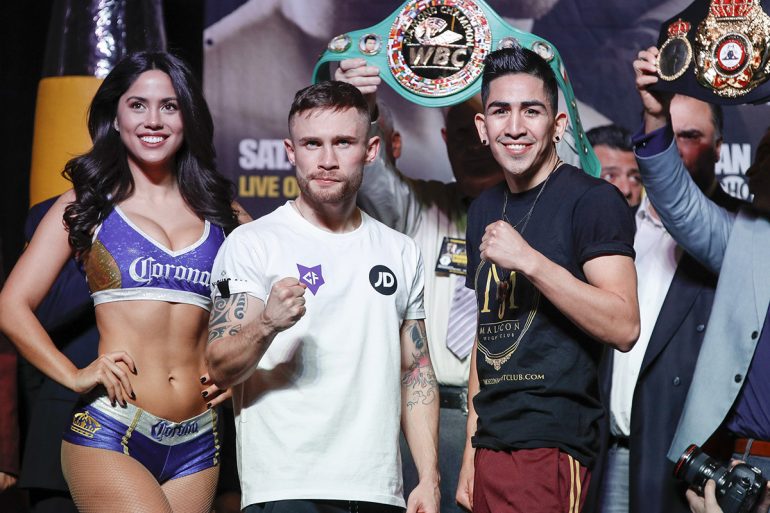 LAS VEGAS – Leo Santa Cruz defeated Carl Frampton by a majority decision in their rematch to regain the WBA featherweight title Saturday at the MGM Grand.

The fighters reportedly embraced in the ring and agreed to do it again.

The fight was more tactical than action-packed, as each fighter had difficulty landing clean punches with consistency. Both had their moments but neither could establish and sustain momentum. There were some wild exchanges but it was difficult to ascertain who got the better of them. And neither fighter appeared to get hurt.

Thus, the majority of rounds were very difficult to score. All three judges agreed on seven of the 12 rounds.

Santa Cruz was the busier fighter and a bit more accurate, which might’ve been the difference. According to punch stats, Santa Cruz landed 230 of 884 total punches (26 percent), Frampton 133 of 592 (22 percent).