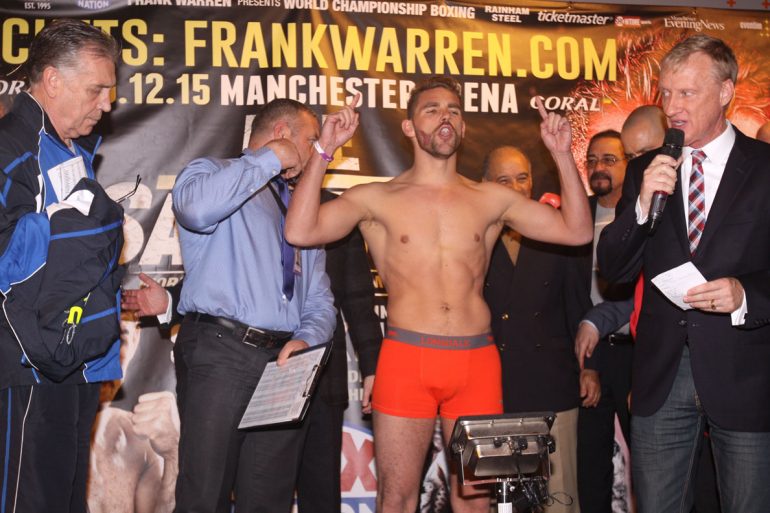 The WBO has directed the promoters for both WBO middleweight titleholder Billy Joe Saunders and mandatory challenger Avtandil Khurtsidze to make a deal within 10 days or a purse bid will be ordered, the WBO announced on Thursday.

The minimum acceptable bid for the fight is $200,000 with a 75/25 split in favor of the champion, Saunders. Either of the two sides can call for a purse bid during the negotiating process, the WBO said in a press release. Frank Warren handles Saunders while Lou DiBella promotes Khurtsidze.

Saunders (24-0, 12 knockouts) may not be so excited to face the 5-4 sparkplug Khurtsidze (32-2-2, 21 KOs) and has also, through Warren, expressed interest in facing WBO No. 2 middleweight Ryota Murata (12-0, 9 KOs), a 2012 Olympic gold medalist from Japan. A bout between Saunders and Murata in Japan would likely be more lucrative from Saunders’ point of view.

But Keith Connolly, an advisor to Khurtsidze, said he has no interest in taking step-aside money to allow Saunders and Murata to fight. Connolly wants the title fight now for Khurtsidze, who hasn’t fought since March of last year and at the age of 37, needs to make the most of his current standing in the WBO. He’s been the body’s No. 1 contender for nearly a year.