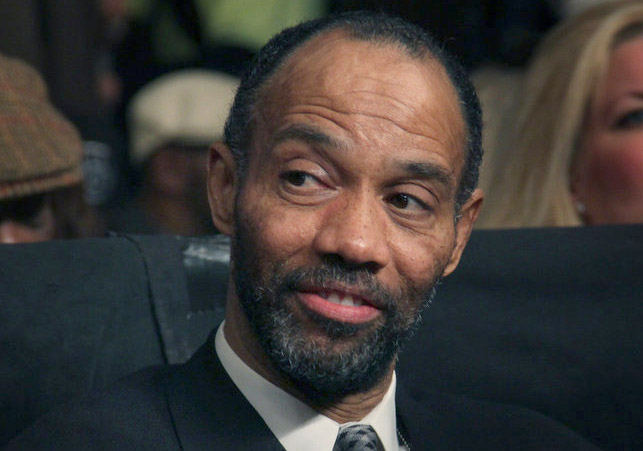 Golden Boy’s $300 million federal lawsuit against Al Haymon, alleging monopolistic practices and anti-trust violations, was dismissed on Thursday by a Los Angeles judge who found that lawyers for Golden Boy were unable to prove that Haymon had engaged in practices that were destructive to Golden Boy and other promoters.

It was a crushing decision for the plaintiffs by the judge, who found that Haymon was innocent of the charges that have lagged behind him since he started his Premier Boxing Champions enterprise: that he employs “sham” promoters and acts as both a manager and a promoter in violation of the Muhammad Ali Act; that he forces his fighters to work with him; that he has exclusive deals with television networks to the detriment of other promoters; that he blocks promoters from using venues.

“The Court’s ruling makes clear that the efforts by Haymon Sports were intended to, and actually did, increase competition in the boxing industry, to the benefit of the boxers, other promoters, and the fans,” Michael Williams, lead attorney for Haymon in the lawsuit, wrote in a statement. “Golden Boy’s invocation of the Ali Act — which the Court recognized exists to protect boxers, not promoters — was especially hypocritical given that the Court cited evidence that confirms Haymon Sports has consistently looked to protect the interests of its boxers against one-sided and oppressive promoter contracts.”

Golden Boy, which has had a rocky couple of days with the arrest of company CEO Oscar De La Hoya for suspicion of DUI on Tuesday night, said through a spokesman it was “obviously disappointed with the judge’s ruling. However, our top priority at Golden Boy is putting on the best fights for the fans and promoting the best shows in the business.”

Golden Boy filed the lawsuit against Haymon in May of 2015, alleging that Haymon was functioning as both a manager and a promoter to the more than 200 fighters he worked with while using “sham” promoters in locales where he was staging cards in violation of the Muhammad Ali Act. But a number of promoters used by Haymon testified during the case that their duties were the same for non-Haymon events as they were for Haymon shows, Judge Walter wrote in his decision.

The Golden Boy suit alleged that Haymon was engaged in “predatory pricing,” according to Judge Walter’s decision, by buying air time on a number of television networks, such as NBC, CBS and ESPN, and entering into exclusive contracts to put on cards with the help of a $585 million investment by the private equity firm Waddell & Reed. (It was noted in the decision that SpikeTV and Showtime are the only two networks that pay license fees to Haymon while Bounce TV has a “revenue share” agreement with Haymon in which Haymon doesn’t pay for air time.)

However, those exclusive agreements with the networks were ultimately fleeting, Judge Walter wrote, as the agreement with CBS, for example, was “mutually terminated sometime in late 2015 or early 2016, and Haymon Sports, as part of a settlement agreement with another promoter (Top Rank), waived the exclusivity provisions in the remaining agreements in May 2016. In addition, the Haymon Entities never had nor sought exclusive agreements with HBO or PPV (or Showtime) for the PBC series.”

Golden Boy alleged in the initial suit that boxers were coerced into signing with Haymon and working with the “sham” promoters instead of other promoters. But Judge Walter said that “not a single boxer has testified that he has been coerced into selecting a particular promoter or prevented from selecting the promoter of his choice. In fact, Defendants have submitted the declarations of six boxers who testify directly to the contrary.”

Judge Walter also found it antithetical to Golden Boy’s argument that since Jan. 1, 2015, at least three fights have taken place involving Haymon-managed boxers and Golden Boy, such as Canelo Alvarez’s bout with Amir Khan, which was Golden Boy’s most lucrative bout of 2016, he wrote. Then there’s the latest example of the two working together: Canelo’s fight with Julio Cesar Chavez Jr. scheduled for May 6, which also promises to be a blockbuster, Judge Walter wrote.

“This evidence clearly demonstrates that when it is in the best interests of Haymon Sports’ boxers, and consistent with its fiduciary duties,” Judge Walter wrote, “Haymon Sports freely permits its boxers to participate in bouts promoted by Golden Boy and other “legitimate” promoters.”