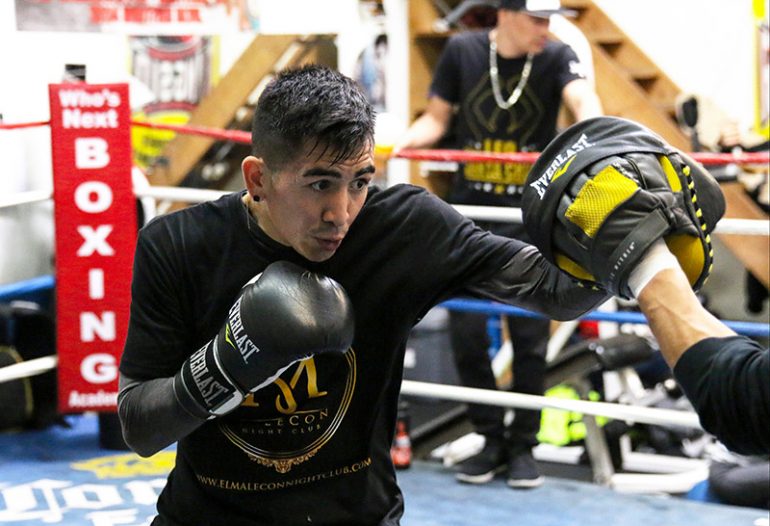 It never failed him for 33 fights. Leo Santa Cruz would outwork all of his opponents with an overwhelming output that they couldn’t keep up with and a chin that wouldn’t crumble. Aside from his second professional fight, which ended in a draw, nobody could crack the code. And then, in his 34th right, somebody finally got the best of “El Terremoto.”

Last July, Carl Frampton figured out how to weather the storm and defeat Santa Cruz by majority decision in a fight that drew accolades for Fight of the Year, helped Frampton win THE RING’s 2016 Fighter of the Year award and begged for an eventual rematch. Instead of waiting, Santa Cruz will get his opportunity to avenge the only loss on his record. If he doesn’t, the Mexican believes that it may be time to hang up the gloves.

“Every fighter fights to be the best and I need to beat the best,” Santa Cruz (32-1-1, 18 knockouts) said after arriving at the MGM Grand earlier this week. “My pride won’t allow another fighter to be better than me. But if he beats me two times he’s the better fighter and maybe there is no point for me to keep fighting.”

Santa Cruz has never had a flair for the dramatic with his words, but he sounds very sincere about considering retirement if he’s unable to defeat “The Jackal.” You can tell that this was a difficult pill to swallow and Santa Cruz revealed that he finally watched the fight for the first time two weeks ago. It’s certainly a sore spot for the man who wants to be considered among the greats in boxing. But he’s certain that things will be different the second time around, even though his opponent does not.

“He thinks that my only style is to go forward and I have no other game plan,” Santa Cruz said. “I have different styles but I just do what the fans love. For this fight I have to be smart and do what I have to do to get the win.”

He says it almost regretfully that he won’t engage in an all-out war with Frampton the second time around. The former champion takes great pride in being an action fighter but is well aware that he’s facing a crafty opponent who utilized movement and counterpunching to offset Santa Cruz’s output. 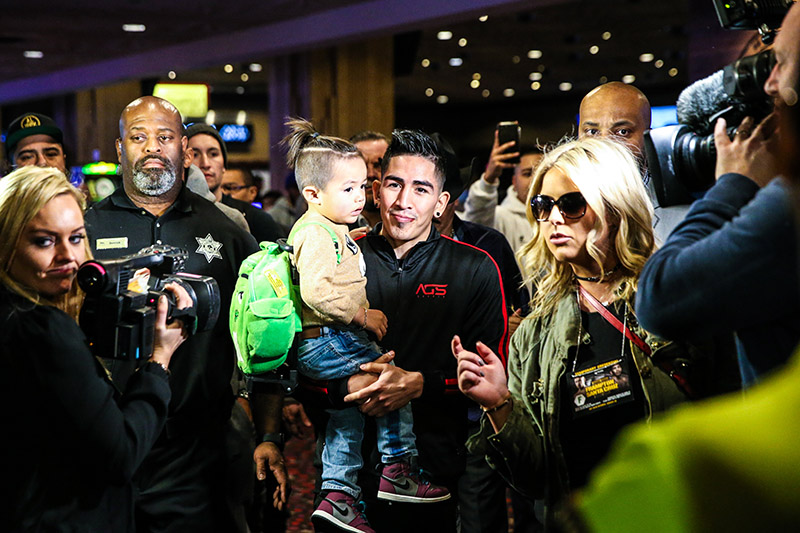 He’ll have to empty the toolbox in his rematch with Frampton. Only this time, his camp will not be filled with the frightening distraction of his father’s health (in July, the elder Santa Cruz was dealing with severe pain due to bone cancer). With his father back by his side, the 28-year-old believes that his preparation will be far better than before.

“Training camp was a lot better now that he’s better,” he said. “He was pushing me and I was able to concentrate. He helped me correct my mistakes.”

If there’s a silver lining in all of this, it has to be that Santa Cruz can walk in the footsteps of some of his Mexican idols, Marco Antonio Barrera and Erik Morales, by engaging in a memorable trilogy. “We’ll have to do it again,” Santa Cruz says definitively. “He gave me a chance so I have to give him an opportunity. (A trilogy) is something I’ve dreamed of. I want fans 20, 30 years from now to talk about our rivalry. I need to win this fight to make a third fight.”

But the one thing we keep coming back to is the fact that a fighter in the prime of his career is seriously considering an end to his career if he cannot beat Frampton. It’s hard to believe that he’ll walk away but, let Santa Cruz tell it, his pride may not allow him to continue.

“If Carl Frampton beats me… ” his voice trails off. The reality of what he’s saying may be sinking in or he simply doesn’t want to verbalize the possibility. He pauses, and reiterates: “Another loss to Carl Frampton could be the end of my career.”

He did leave the door open by saying that he’d consider continuing if his fans urge him to keep fighting. But, as of right now, it’s win or retire.

Savor this moment while you can, because this could be the last you ever see of Leo Santa Cruz.