Charles Martin working with Jameel McCline as he preps for comeback 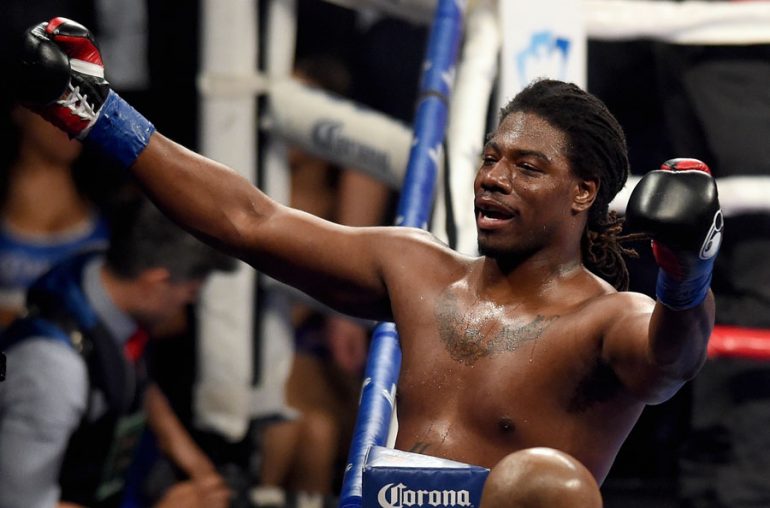 Former heavyweight champion Charles Martin is working with ex-heavyweight title challenger Jameel McCline in Florida as he preps for a likely comeback in the spring, Mike Borao, who manages Martin, told RingTV.com on Thursday.

Martin hasn’t fought since he was knocked out in two rounds by Anthony Joshua last April in London. Martin’s reign of 85 days was the second shortest in the history of the sport, barely three months. Since then, Martin has worked on a rap album (it drops in June) and released a bizarre series of social media posts.

He was also shot in the forearm last August in Los Angeles after getting into an argument with two men. But Borao, who co-managed McCline, says that Martin is fine — both physically and mentally — and ready to get on with his career. Borao sent Martin (23-1-1, 21 knockouts) down to Boca Raton, Florida in early January to work out with McCline on his conditioning at the Big Time Boxing Gym.

“We’re going to give it a little test and see how it goes,” Borao told RING. “Jameel is a guy that’s been through everything Charles has been through with the celebrity and the boxing. And I think it’s a good fit to have like a mentor.” Rather than work on Martin’s skills as a boxer, they’re simply focusing on his fitness to get him in shape. “He’s just doing some conditioning just to see where he’s at because you don’t just take eight months off and get right back to start sparring on day one,” Borao said. “So, the whole thing is to go and get a little conditioning for two or three weeks and go from there. A change in environment isn’t the worst thing.”

If all goes well, Borao envisions Martin returning to the ring sometime in April or May in a bounce-back fight before he takes on tougher fare. Martin is still just 30 years old, young for a heavyweight.  “I think he’ll be in the ring in a tune-up type opponent in 90 days — I could see that being realistic,” Borao said. “We’ll see how the first 30 days goes with strictly conditioning because we haven’t gotten into anything beyond that. He lost 15-20 pounds, and he’s a guy that traditionally has to beef up for his fights.”

In McCline, he’s working with someone who has been through the ringer in boxing. McCline challenged for a heavyweight title on four different occasions during a 17-year career, retiring in 2012 at the age of 42. He then turned to politics, running as a democratic candidate for the U.S. House of Representatives in the 20th Congressional District of Florida in the 2014 elections. He was defeated in the primary election and remains in boxing as an advisor and advocate for different fighters. “He’s been at the lowest low and at the highest highs and therefore there’s no one better suited in my opinion to mentor a young champion,” Barao said of McCline.

Martin attended the junior middleweight title bout between Erislandy Lara and Yuri Foreman on Jan. 13 in Hialeah, Florida during which time he mingled with other heavyweight contenders such as Jarrell Miller and Luis Ortiz. “I think that kind of got Charles’ juices flowing,” Borao said. “He got to talk a little bit with Jarrell Miller. He got to talk to Luis Ortiz and I’m pretty sure that was the first or second fight he’s been at since the Joshua fight. I believe his time off will benefit him.”