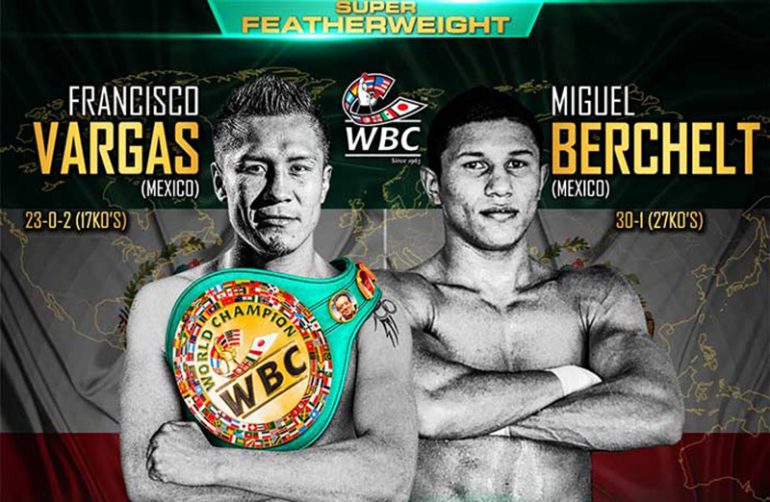 Francisco Vargas doesn’t normally give away too much in interviews.

Unlike the way he fights, in which he releases punches freely, Vargas chooses his words carefully when it comes to giving his thoughts. But he did let slip in a recent interview with RingTV.com that he may try to rid himself quickly of Miguel Berchelt, his opponent on Saturday. Vargas defends his 130-pound title at Fantasy Springs Casino from Indio, California on HBO.

Berchelt (30-1, 27 knockouts) has shown an ability to punch in his five-and-a-half year career. But he’s also shown a vulnerability to those who have power. In 2014, Berchelt was stopped in the first round by Luis Eduardo Florez, something that Vargas (23-0, 17 KOs) is keenly aware of.  “I train for all 12 rounds regardless, like all fighters do,” Vargas told RingTV.com in a recent phone interview, speaking through an interpreter. “But that one loss that he does have on his record does show to me and my team that he is not invincible. So that there is the potential to take him out early.”

Berchelt was undone by a right-left combination that dropped him against Florez. Berchelt rose on wobbly feet and the bout was immediately waved off by the referee, giving Florez the upset victory and Berchelt the first loss of his career. The bout on Saturday will be Vargas’ first since he and Orando Salido engaged in THE RING’s 2016 Fight of the Year last June. Vargas needed time to nurse a number of cuts sustained in that fight and so didn’t scheduled his return until Saturday, he said. The HBO co-feature on Saturday features former junior lightweight champion Takashi Miura (30-3-2, 23 knockouts) against Miguel Roman (56-11, 43 KOs).